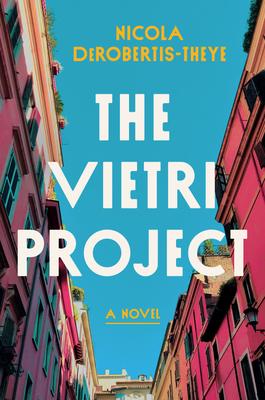 Nicola DeRobertis-Theye. The Vietri Project (Harper, $27.99 unsigned book with signed book plate). A search for a mysterious customer in Rome leads a young bookseller to confront the complicated history of her family, and that of Italy itself, in this achingly intimate debut with echoes of Lily King and Elif Batuman.

Working at a bookstore in Berkeley in the years after college, Gabriele becomes intrigued by the orders of signor Vietri, a customer from Rome whose numerous purchases grow increasingly mystical and esoteric. Restless and uncertain of her future, Gabriele quits her job and, landing in Rome, decides to look up Vietri. Unable to locate him, she begins a quest to unearth the well-concealed facts of his life.

Following a trail of obituaries and military records, a memoir of life in a village forgotten by modernity, and the court records of a communist murder trial, Gabriele meets an eclectic assortment of the city’s inhabitants, from the widow of an Italian prisoner of war to members of a generation set adrift by the financial crisis. Each encounter draws her unexpectedly closer to her own painful past and complicated family history—an Italian mother diagnosed with schizophrenia and institutionalized during her childhood, and an extended family in Rome still recovering from the losses and betrayals in their past. Through these voices and histories, Gabriele will discover what it means to be a person in the world; a member of a family and a citizen of a country—and how reconciling these stories may be the key to understanding her own.

A Lithub, Good Reads, Bustle, and The Millions Most Anticipated Book of 2021

“The Vietri Project is a riveting, shifting quest, an evocative trip to Rome, and a beautiful portrayal of the ways you need to return to the past in order to move forward. A great delight from start to finish.”–Lily King, New York Times bestselling author of Writers and Lovers

Nicola DeRobertis-Theye was an Emerging Writing Fellow at the New York Center for Fiction, and her work has been published in Agni, Electric Literature, and LitHub. A graduate of UC Berkeley, she received an MFA in Creative Nonfiction from the University of North Carolina, Wilmington, where she was the fiction editor of its literary magazine Ecotone. She is a native of Oakland, CA and lives in Brooklyn, New York. 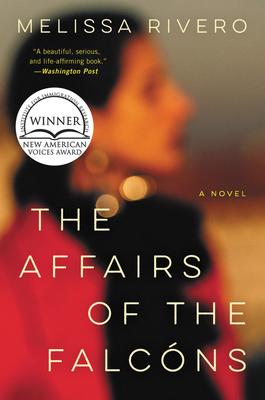 Melissa Rivero is the author of The Affairs of the Falcóns, which won the 2019 New American Voices Award and a 2020 International Latino Book Award. The book was also longlisted for the PEN/Hemingway Debut Novel Prize, the Aspen Words Literary Prize, and the Center for Fiction’s First Novel Prize. Born in Lima, Peru and raised in Brooklyn, she is a graduate of NYU and Brooklyn Law School. Melissa currently works as in-house legal counsel at a startup. She still lives in Brooklyn with her family.

The Affairs of the Falcóns(Harper, Collins, $16.99 unsigned) A stunning debut novel about a young undocumented Peruvian woman fighting to keep her family afloat in New York City

Ana Falcón, along with her husband Lucho and their two young children, has fled the economic and political strife of Peru for a chance at a new life in New York City in the 1990s. Being undocumented, however, has significantly curtailed the family’s opportunities: Ana is indebted to a loan shark who calls herself Mama, and is stretched thin by unceasing shifts at her factory job. To make matters worse, Ana must also battle both criticism from Lucho’s cousin—who has made it obvious the family is not welcome to stay in her spare room for much longer—and escalating and unwanted attention from Mama’s husband.

The Affairs of the Falcóns is a beautiful, deeply urgent novel about the lengths one woman is willing to go to build a new life, and a vivid rendering of the American immigrant experience.