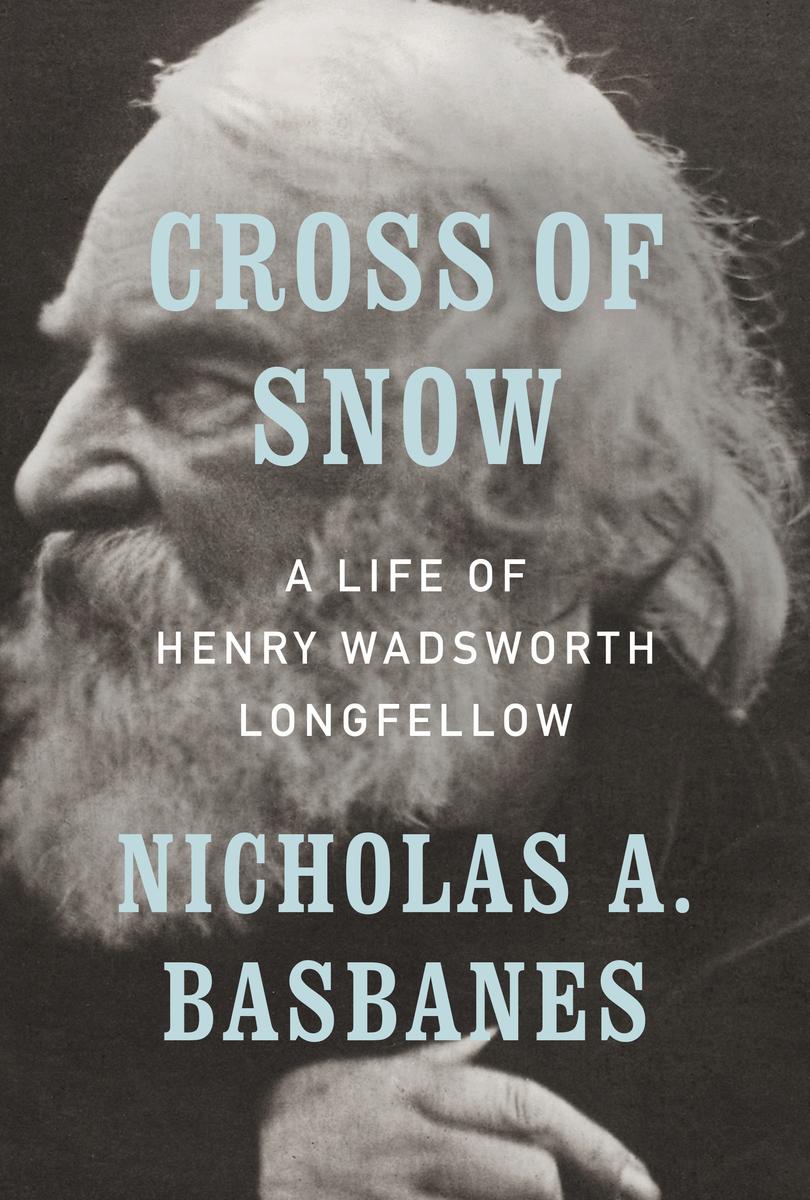 Nicholas Basbanes. Cross of Snow: A Life of Henry Wadsworth Longfellow (Alfred A Knopf, $37.50). A major literary biography of America’s best-loved nineteenth-century poet, the first in more than fifty years, and a much-needed reassessment for the twenty-first century of a writer whose stature and celebrity were unparalleled in his time, whose work helped to explain America’s new world not only to Americans but to Europe and beyond. From the author of On Paper (“Buoyant”–The New Yorker; “Essential”–Publishers Weekly), Patience and Fortitude (“A wonderful hymn”–Simon Winchester), and A Gentle Madness (“A jewel”–David McCullough).

In Cross of Snow, the result of more than twelve years of research, including access to never-before-examined letters, diaries, journals, notes, Nicholas Basbanes reveals the life, the times, the work–the soul–of the man who shaped the literature of a new nation with his countless poems, sonnets, stories, essays, translations, and whose renown was so wide-reaching that his deep friendships included Charles Dickens, Nathaniel Hawthorne, Ralph Waldo Emerson, Julia Ward Howe, and Oscar Wilde.

Basbanes writes of the shaping of Longfellow’s character, his huge body of work that included translations of numerous foreign works, among them, the first rendering into a complete edition by an American of Dante’s Divine Comedy. We see Longfellow’s two marriages, both happy and contented, each cut short by tragedy. His first to Mary Storer Potter that ended in the aftermath of a miscarriage, leaving Longfellow devastated. His second marriage to the brilliant Boston socialite–Fanny Appleton, after a three-year pursuit by Longfellow (his “fiery crucible,” he called it), and his emergence as a literary force and a man of letters.

A portrait of a bold artist, experimenter of poetic form and an innovative translator–the human being that he was, the times in which he lived, the people whose lives he touched, his monumental work and its place in his America and ours.