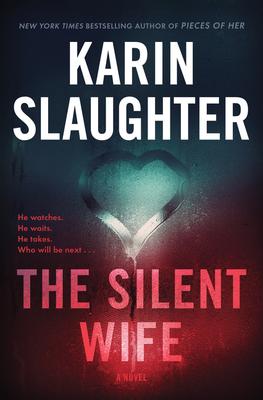 Karin Slaughter. The Silent Wife (William Morrow, $28.99 Signed). Preorder your signed copy to get an exclusive cell phone wallet to go with the book. Free shipping within the US!

Published in 37 languages, with more than 35 million copies sold across the globe, Karin Slaughter’s novels include the Grant County and Will Trent books, as well as the Edgar-nominated Cop Town and the instant New York Times bestselling novels Pretty Girls and The Good Daughter. Her most recent novel, The Last Widow, features Sara Linton and Will Trent. A native of Georgia, Karin currently lives in Atlanta. Her novels Cop Town, The Good Daughter, and Pieces of Her are all in development for film and television.