Virtual Event: Julie Clark discusses The Last Flight Home.  Hosted by Liv Constantine!   Watch the event in real time on Facebook Live or catch it later on Youtube or FB. Claire Cook has a perfect life. Married to the scion of a political dynasty, with a Manhattan townhouse and a staff of ten, her surroundings are elegant, her days flawlessly choreographed, and her future auspicious. But behind closed doors, nothing is quite as it seems. That perfect husband has a temper that burns as bright as his promising political career, and he’s not above using his staff to track Claire’s every move, making sure she’s living up to his impossible standards. But what he doesn’t know is that Claire has worked for months on a plan to vanish.

A chance meeting in an airport bar brings her together with a woman whose circumstances seem equally dire. Together they make a last-minute decision to switch tickets—Claire taking Eva’s flight to Oakland, and Eva traveling to Puerto Rico as Claire. They believe the swap will give each of them the head start they need to begin again somewhere far away. But when the flight to Puerto Rico goes down, Claire realizes it’s no longer a head start but a new life. Cut off, out of options, with the news of her death about to explode in the media, Claire will assume Eva’s identity, and along with it, the secrets Eva fought so hard to keep hidden.

For fans of Lisa Jewell and Liv Constantine, The Last Flight is the story of two women—both alone, both scared—and one agonizing decision that will change the trajectory of both of their lives.

Born and raised in Santa Monica, California, Julie Clark grew up reading books on the beach while everyone else surfed. After attending college at University of the Pacific, and a brief stint working in the athletic department at University of California, Berkeley, she returned home to Santa Monica to teach. She now lives there with her two young sons and a golden doodle with poor impulse control. The Ones We Choose is her first novel. 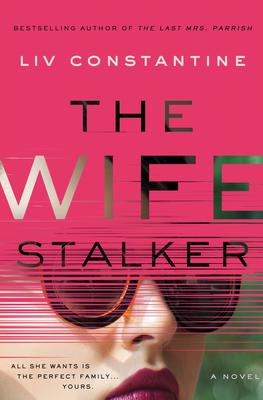 Liv Constantine. The Wife Stalker (Harper, $27.99 Signed copies still in stock!).  The bestselling author of The Last Mrs. Parrish returns with a psychological thriller, filled with chilling serpentine twists, about a woman fighting to hold onto the only family she’s ever loved—and how far she’ll go to preserve it.

Named one of the most anticipated thrillers of the year by Goodreads, Bustle, SheReads, and Library Journal; A LibraryReads pick of the month

Breezing into the upscale seaside paradise of Westport, Connecticut, gorgeous thirtysomething Piper Reynard sets down roots, opening a rehab and wellness space and joining a local yacht club. When she meets Leo Drakos, a handsome, successful lawyer, the wedding ring on his finger is the only thing she doesn’t like about him. Yet as Piper well knows, no marriage is permanent.

Meanwhile, Joanna has been waiting patiently for Leo, the charismatic man she fell in love with all those years ago, to re-emerge from the severe depression that has engulfed him. Though she’s thankful when Leo returns to his charming, energetic self, paying attention again to Evie and Stelli, the children they both love beyond measure, Joanna is shocked to discover that it’s not her loving support that’s sparked his renewed happiness—it’s something else.

Piper. Leo has fallen head over heels for the flaky, New Age-y newcomer, and unrepentant and resolute, he’s more than willing to leave Joanna behind, along with everything they’ve built. Of course, he assures her, she can still see the children.

Joanna is devastated—and determined to find something, anything, to use against this woman who has stolen her life and her true love. As she digs deeper into Piper’s past, Joanna begins to unearth disturbing secrets . . . but when she confides to her therapist that she fears for the lives of her ex-husband and children, her concerns are dismissed as paranoia. Can she find the proof she needs in time to save them?