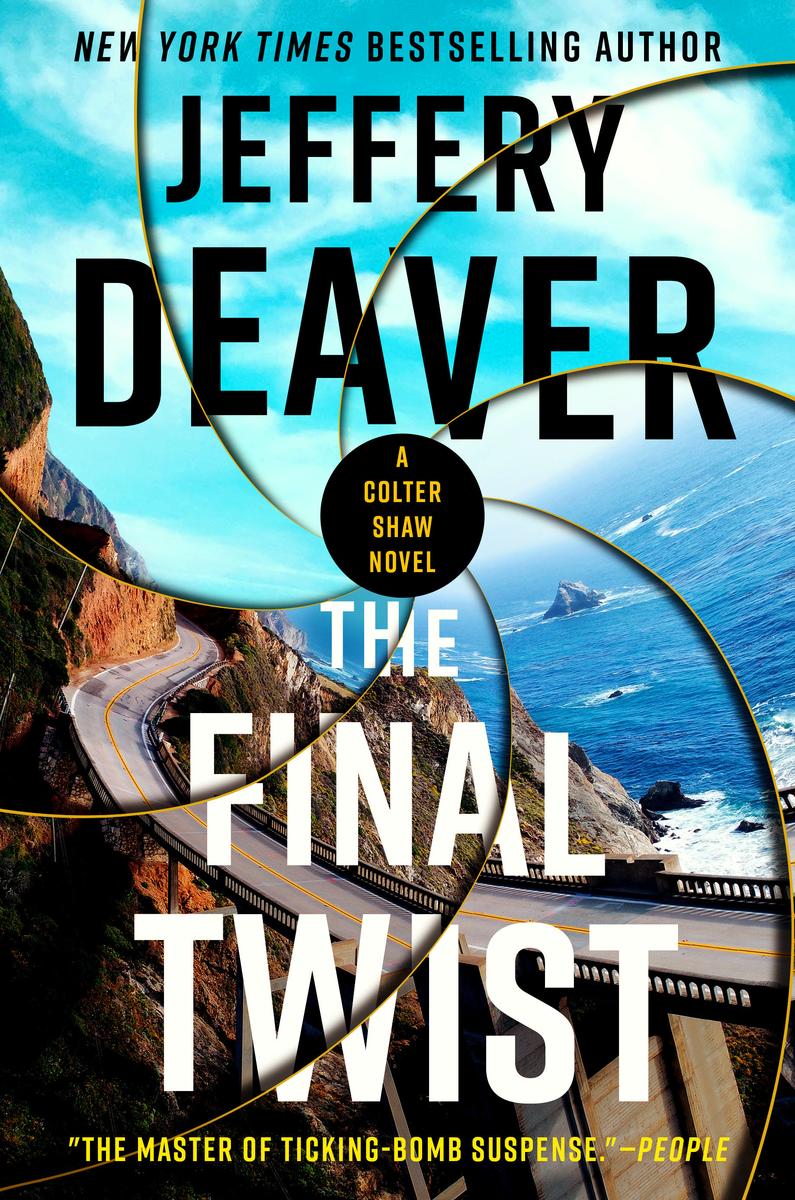 Jeffery Deaver. The Final Twist (Putnam, $28.00 Signed). Just hours after the harrowing events of The Never Game and The Goodbye Man, Colter Shaw finds himself in San Francisco, where he has taken on the mission his father began years ago: finding a missing courier bag containing evidence that will bring down a corporate espionage firm responsible for hundreds, perhaps thousands, of deaths.

Following the enigmatic clues his father left behind, Shaw plays cat and mouse with the company’s sadistic enforcers, as he speeds from one gritty neighborhood in the City by the Bay to another. Suddenly, the job takes on a frightening urgency: Only by finding the courier bag can he expose the company and stop the murder of an entire family–slated to die in forty-eight hours.

With the help of an unexpected figure from his past, and with the enforcers closing the net, Shaw narrows in on the truth–and learns that the courier bag contains something unexpected: a secret that could only be described as catastrophic.

Filled with dozens of twists and reversals, The Final Twist is a nonstop race against time to save the family…. and to keep the devastating secret Shaw has uncovered from falling into the wrong hands.

“The master of ticking-bomb suspense” (People) returns with a devilishly good thriller, and reward seeker Colter Shaw’s most personal case to date.

Jeffery Deaver is an international number-one bestselling author. His novels have appeared on bestseller lists around the world. His books are sold in 150 countries and translated into twenty-five languages. He has served two terms as president of Mystery Writers of America, and was recently named a Grand Master of MWA, whose ranks include Agatha Christie, Ellery Queen, Mary Higgins Clark and Walter Mosely.

The author of forty-three novels, three collections of short stories and a nonfiction law book, and a lyricist of a country-western album, he’s received or been shortlisted for dozens of awards.

His The Bodies Left Behind was named Novel of the Year by the International Thriller Writers association, and his Lincoln Rhyme thriller The Broken Window and a stand-alone, Edge, were also nominated for that prize. The Garden of Beasts won the Steel Dagger from the Crime Writers Association in England. He’s also been nominated for eight Edgar Awards by the MWA.

His book A Maiden’s Grave was made into an HBO movie starring James Garner and Marlee Matlin, and his novel The Bone Collector was a feature release from Universal Pictures, starring Denzel Washington and Angelina Jolie. Lifetime aired an adaptation of his The Devil’s Teardrop. NBC television recently aired the nine-episode prime-time series, Lincoln Rhyme: Hunt for the Bone Collector.

*It is not necessary to have a Facebook account to watch our author programs. Click the link and scroll down on page to view videos.  Once the program starts the live video will the first one on the screen.

The videos are also available to view afterwards on FB and Youtube.