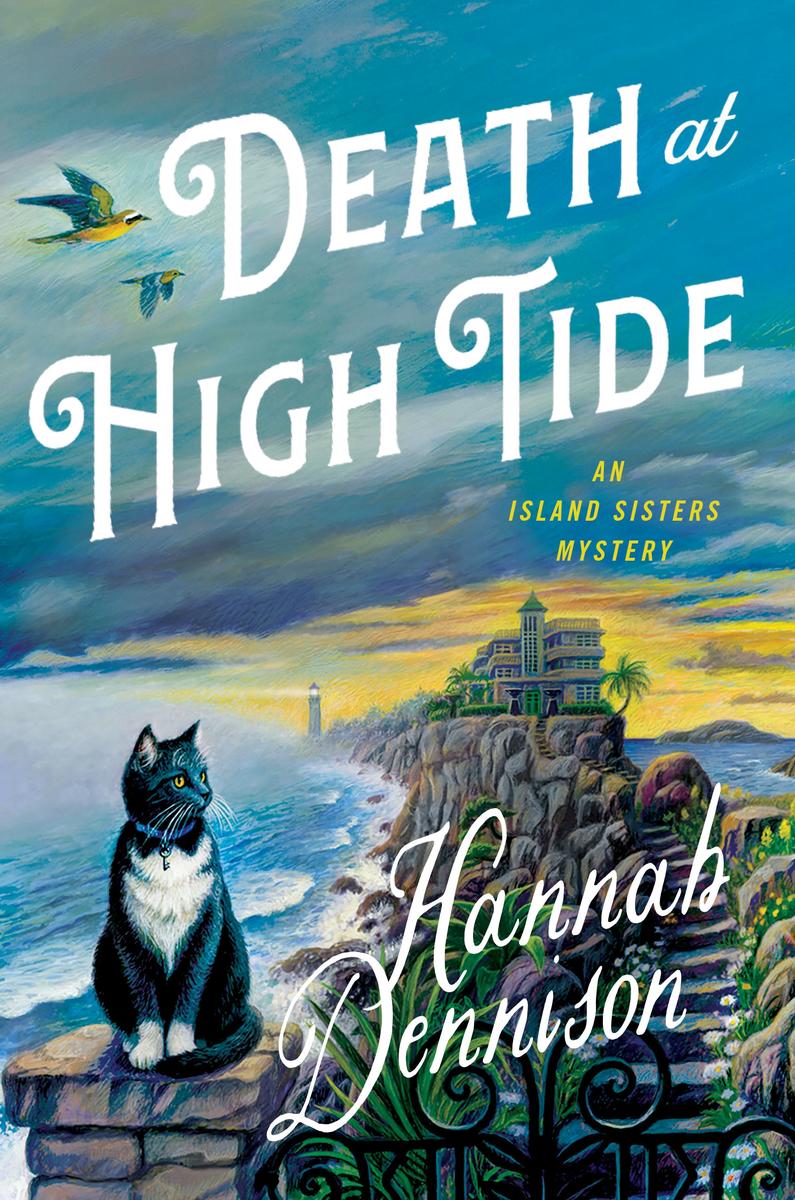 When Evie Mead’s husband, Robert, suddenly drops dead of a heart attack, a mysterious note is found among his possessions. It indicates that Evie may own the rights to an old hotel on Tregarrick Rock, one of the Isles of Scilly.

Still grieving, Evie is inclined to leave the matter to the accountant to sort out. Her sister Margot, however, flown in from her glamorous career in LA, has other plans. Envisioning a luxurious weekend getaway, she goes right ahead and buys two tickets—one way—to Tregarrick.

Once at the hotel—used in its heyday to house detective novelists, and more fixer-upper than spa resort, after all—Evie and Margot attempt to get to the bottom of things. But the foul-tempered hotel owner claims he’s never met the late Robert, even after Evie finds framed photos of them—alongside Robert’s first wife—in his office. The rest of the island inhabitants, ranging from an ex-con receptionist to a vicar who communicates with cats, aren’t any easier to read.

But when a murder occurs at the hotel, and then another soon follows, frustration turns to desperation. There’s no getting off the island at high tide. And Evie and Margot, the only current visitors to Tregarrick, are suspects one and two. It falls to them to unravel secrets spanning generations—and several of their own—if they want to make it back alive.

Hannah Dennison is an English author of cozy mystery novels. She writes the Vicky Hill and the Honeychurch Hall Mysteries series. Besides being a published author, Hannah has also worked as an obituary reporter, antique dealer, flight attendant and Hollywood story analyst. She moved from England to Los Angeles in order to pursue screenwriting. Hannah currently teaches mystery writing at the UCLA Extension Writers’ Program in addition to working for an advertising agency. Hannah enjoys hiking, horseback riding, skiing, theater and chocolate. She now resides in Portland, Oregon.