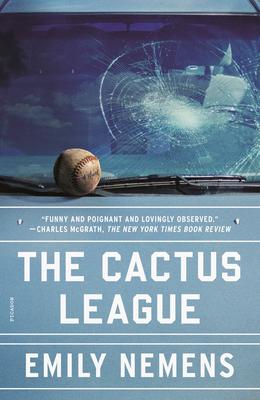 “In The Cactus League [Emily Nemens] provides her readers with what amounts to a miniature, self-enclosed world that is funny and poignant and lovingly observed.” –Charles McGrath, The New York Times Book Review

An explosive, character-driven odyssey through the world of baseball. Jason Goodyear is the star outfielder for the Los Angeles Lions, stationed with the rest of his team in the punishingly hot Arizona desert for their annual spring training. Handsome, famous, and talented, Goodyear is nonetheless coming apart at the seams. And the coaches, writers, wives, girlfriends, petty criminals, and diehard fans following his every move are eager to find out why—as they hide secrets of their own.

Humming with the energy of a ballpark before the first pitch, Emily Nemens’s The Cactus League unravels the tightly connected web of people behind a seemingly linear game. Narrated by a sportscaster, Goodyear’s story is interspersed with tales of Michael Taylor, a batting coach trying to stay relevant; Tamara Rowland, a resourceful spring-training paramour, looking for one last catch; Herb Allison, a legendary sports agent grappling with his decline; and a plethora of other richly drawn characters, all striving to be seen as the season approaches. It’s a journey that, like the Arizona desert, brims with both possibility and destruction.

Anchored by an expert knowledge of baseball’s inner workings, Emily Nemens’s The Cactus League is a propulsive and deeply human debut that captures a strange desert world that is both exciting and unforgiving, where the most crucial games are the ones played off the field.

Emily Nemens is a writer, illustrator, and editor. Her debut novel, The Cactus League, was published by Farrar, Straus & Giroux in February 2020. Nemens grew up in Seattle and received her bachelor’s degree from Brown University, where she studied art history and studio art. She completed an MFA degree in fiction at Louisiana State University. As an illustrator, she’s collaborated with Harvey Pekar, published her work in The New Yorker, and her watercolor portraits of every woman in congress were featured across the web and on national TV. Her short stories have appeared in Blackbird (Tarumoto Prize winner), Esquire, n+1, The Iowa Review, Hobart, and The Gettysburg Review. She lives in New York and remains a Mariners fan. 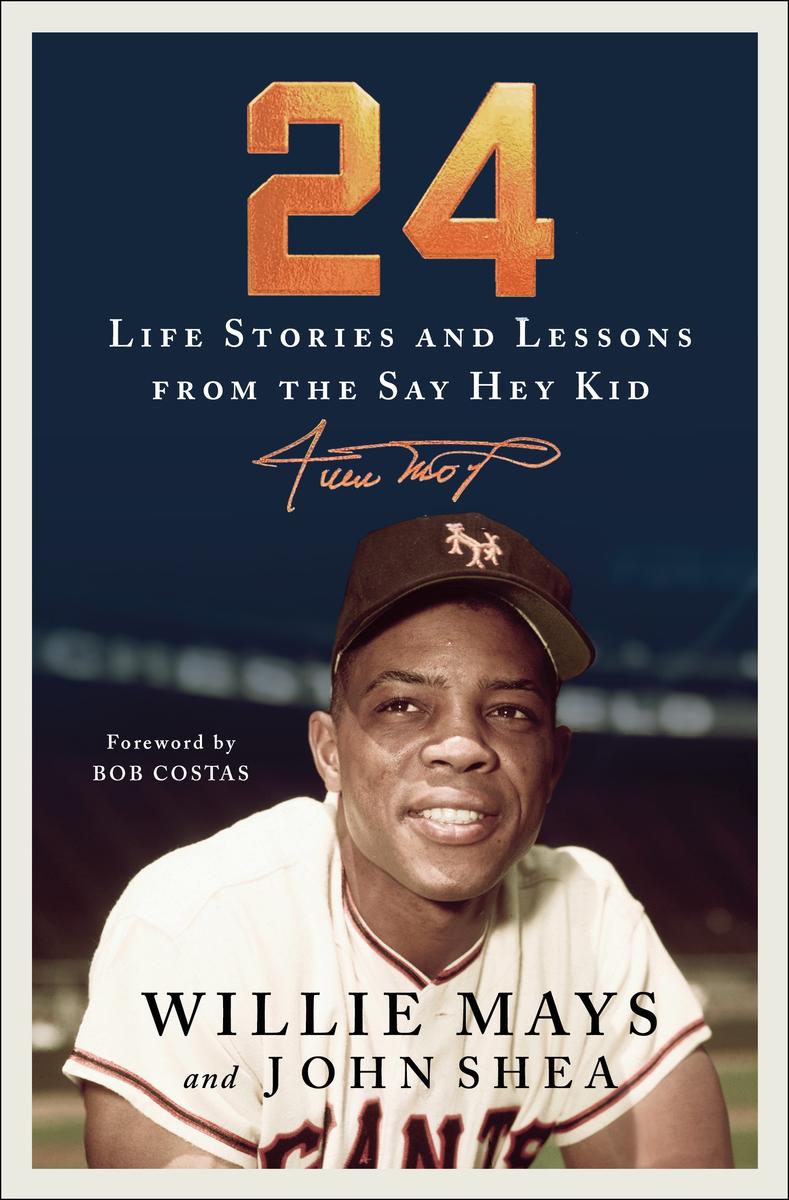 Willie Mays and John Shea. 24: Life Stories and Lessons from the Say Hey Kid ($28.99 unsigned copies). The legendary Willie Mays shares the inspirations and influences responsible for guiding him on and off the field in this reflective and inspirational memoir.

“Even if, like me, you thought you had pretty much read and heard all there was to read and hear about Willie Mays, this warmhearted book will inform and reward you. And besides, what true baseball fan can ever get enough of Willie Mays? Say Hey! Read on and enjoy.” —From the Foreword by Bob Costas

“It’s because of giants like Willie that someone like me could even think about running for President.” —President Barack Obama

Widely regarded as the greatest all-around player in baseball history because of his unparalleled hitting, defense and baserunning, the beloved Willie Mays offers people of all ages his lifetime of experience meeting challenges with positivity, integrity and triumph in 24: Life Stories and Lessons from the Say Hey Kid.

Presented in 24 chapters to correspond with his universally recognized uniform number, Willie’s memoir provides more than the story of his role in America’s pastime. This is the story of a man who values family and community, engages in charitable causes especially involving children and follows a philosophy that encourages hope, hard work and the fulfillment of dreams.

“I was very lucky when I was a child. My family took care of me and made sure I was in early at night. I didn’t get in trouble. My father made sure that I didn’t do the wrong thing. I’ve always had a special place in my heart for children and their well-being, and John Shea and I got the idea that we should do something for the kids and the fathers and the mothers, and that’s why this book is being published. We want to reach out to all generations and backgrounds. Hopefully, these stories and lessons will inspire people in a positive way.” —Willie Mays