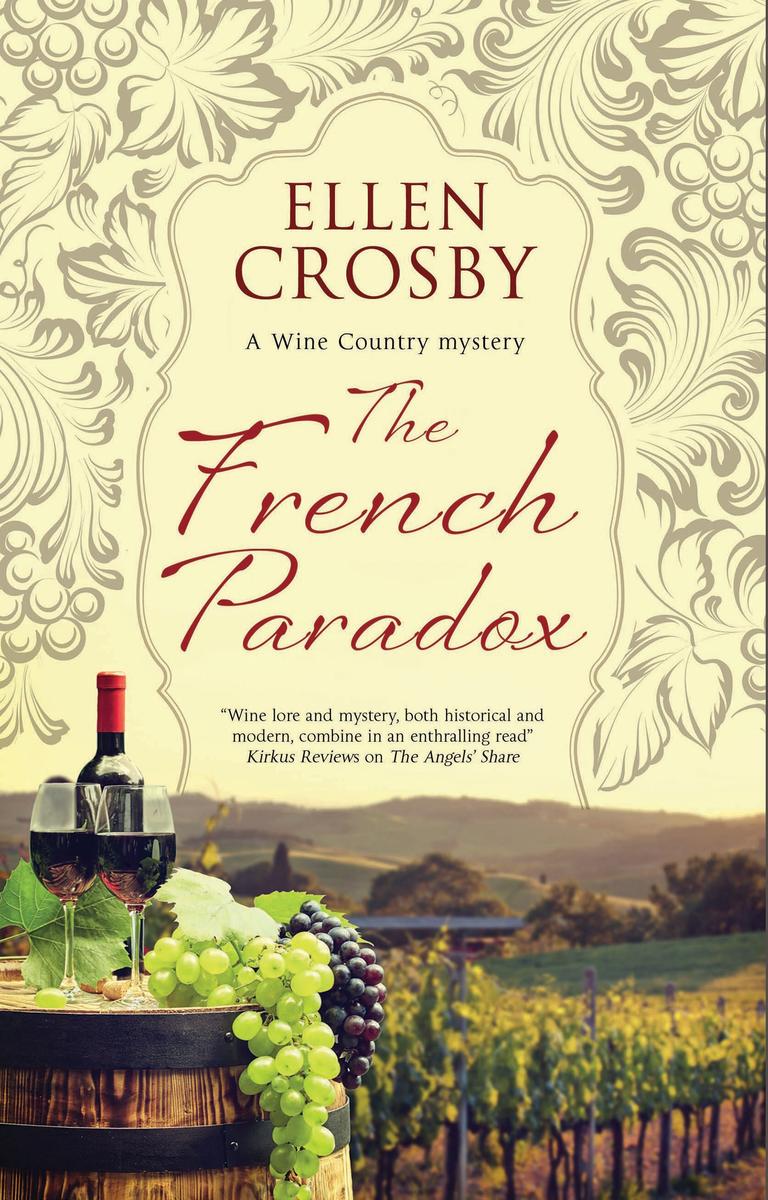 In 1949, during her junior year abroad in Paris, Jacqueline Kennedy Onassis bought several inexpensive paintings of Marie-Antoinette by a little-known 18th century female artist. She also had a romantic relationship with Virginia vineyard owner Lucie Montgomery’s French grandfather – until recently, a well-kept secret.

Seventy years later, Cricket Delacroix, Lucie’s neighbor and Jackie’s schoolfriend, is donating the now priceless paintings to a Washington, DC museum. And Lucie’s grandfather is flying to Virginia for Cricket’s 90th birthday party, hosted by her daughter Harriet. A washed-up journalist, Harriet is rewriting a manuscript Jackie left behind about Marie-Antoinette and her portraitist. She’s also adding tell-all details about Jackie, sure to make the book a bestseller.

Then on the eve of the party a world-famous landscape designer who also knew Jackie is found dead in Lucie’s vineyard. Did someone make good on the death threats he’d received because of his controversial book on climate change? Or was his murder tied to Jackie, the paintings, and Lucie’s beloved grandfather?

ELLEN CROSBY is the author of the Virginia wine country mystery series;
her latest book, THE ANGELS’ SHARE, has been longlisted in the fiction
category for the 2020 Library of Virginia Literary Awards. THE FRENCH
PARADOX, the next book in the series, will be released on the UK on
January 29, 2021 and in the US on April 6, 2021. Her books have also been
nominated for the Mary Higgins Clark Award and the Library of Virginia
People’s Choice Award; THE RIESLING RETRIBUTION won the 2009
Gourmand World Cookbook Award for Best US Wine Literature Book.
Crosby has also written two mysteries featuring international
photojournalist Sophie Medina and MOSCOW NIGHTS, a standalone
mystery. Previously she worked as a freelance reporter for The Washington
Post, Moscow correspondent for ABC Radio News, and as an economist at
the U.S. Senate. Learn more at http://www.ellencrosby.com.