Virtual Event: Victoria Gosling joins us from Berlin to discuss her debut, Before the Ruins. Hosted by Edgar Award-winning author Flynn Berry, who previews her upcoming novel, Northern Spy. 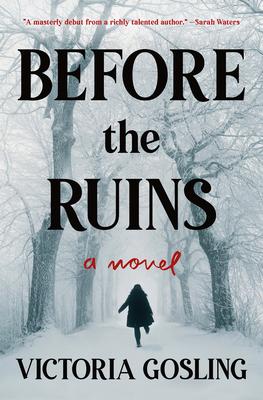 Victoria Gosling. Before the Ruins (Henry Holt, $26.99 Unsigned). A gripping, multilayered debut in the tradition of Tana French and Donna Tartt about four friends, an empty manor, and a night that will follow them for the rest of their lives

It’s the summer of 1996 and school’s out forever for Andy, her boyfriend Marcus, her best friend Peter, and Em. When Andy’s alcoholic mother predicts the apocalype, the four teenagers decide to see out the end of the world at a deserted manor house, the site of a historic unsolved mystery. There they meet David–charming and unreliable, he seems to have appeared out of nowhere.

David presents an irresistible lure for both Andy and Peter and complicates the dynamics of their lifelong friendship. When the group learns that a diamond necklace, stolen fifty years ago, might still be somewhere on the manor grounds, the Game—half treasure hunt, half friendly deception—begins. But the Game becomes much bigger than the necklace, growing to encompass years of secrets, lies, and, ultimately, one terrible betrayal.

Meticulously plotted and gorgeously written, Before the Ruins is a page-turner of the highest order about the sealed-off places in our pasts and the parts of ourselves waiting to be retrieved from them.

Victoria Gosling grew up in Wiltshire, England and studied English Literature at Manchester University. She is the founder of The Reader Berlin, hosting salon nights in Berlin and writers’ retreats in Greece and Italy. She also organizes The Berlin Writing Prize. Gosling is the author of Before the Ruins. 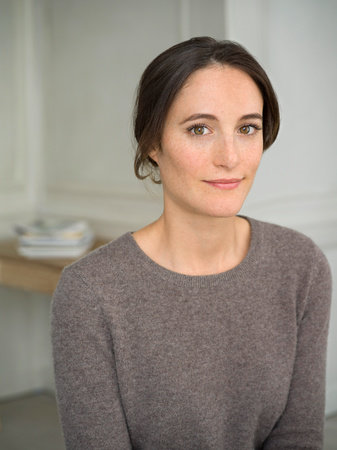 Flynn Berry is the author of Under the Harrow, A Double Life, and the forthcoming Northern Spy. Both of her novels were New York Times Editors’ Choices, and Under the Harrow won the Edgar award for best first novel. Her work has been translated into seventeen languages. She is a graduate of Brown University and the Michener Center for Writers, and the recipient of a Yaddo fellowship.

The acclaimed author of Under the Harrow and A Double Life returns with her most thrilling novel to date: the story of two sisters who become entangled with the IRA

A producer at the Belfast bureau of the BBC, Tessa is at work one day when the news of another raid comes on the air. The IRA may have gone underground after the Good Friday Agreement of 1998, but they never really went away, and lately, bomb threats, security checkpoints, and helicopters floating ominously over the city have become features of everyday life. As the news reporter requests the public’s help in locating those responsible for this latest raid–a robbery at a gas station–Tessa’s sister, Marian, appears onscreen. She watches in shock as Marian pulls a black ski mask over her face.

The police believe Marian has joined the IRA, but Tessa knows this is impossible. Though their family is Catholic, they were raised to oppose the violence enacted in the name of Republicanism. The sisters have attended peace vigils together. And besides, Marian is vacationing on the north coast. Tessa just spoke to her yesterday.

When the truth of what has happened to Marian reveals itself, Tessa is faced with impossible choices that test the limits of her ideals, the bonds of her family, her notions of right and wrong, and her identity as a sister and a mother. Walking an increasingly perilous road, she fears nothing more than endangering the one person she loves more fiercely than her sister: her infant son, Finn.

A riveting and exquisite novel about family, terror, motherhood, betrayal, and the staggering human costs of an intractable conflict, Northern Spy cements Flynn Berry’s reputation as one of the most sophisticated and accomplished authors of crime and suspense novels working today.