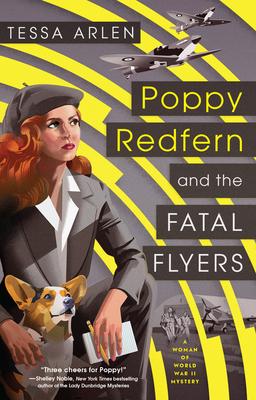 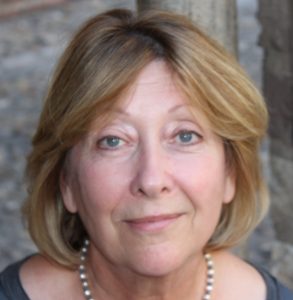 It is the late autumn of 1942. Our indomitable heroine Poppy Redfern is thoroughly immersed in her new job as a scriptwriter at the London Crown Film Unit, which produces short films featuring British civilians who perform acts of valor and heroism in wartime. After weeks of typing copy and sharpening pencils, Poppy is thrilled to receive her first solo script project: a fifteen-minute film about the Air Transport Auxiliary, known as Attagirls, a group of female civilians who have been trained to pilot planes from factories to military airfields all over Britain.

Poppy could not be more excited to spend time with these amazing ladies, but she never expects to see one of the best pilots die in what is being labeled an accident. When another Attagirl meets a similar fate, Poppy and her American fighter-pilot boyfriend, Griff, believe foul play may be at work. They soon realize that a murderer with a desire for revenge is dead set on grounding the Attagirls for good. . . .

“You’ll love this character so much, you’ll want her as your best friend.”—Alyssa Maxwell, author of the Gilded Newport Mysteries and a Lady and Lady’s Maid Mysteries

Tessa lives in the Southwest with her family and two corgis where she gardens in summer and writes in winter. 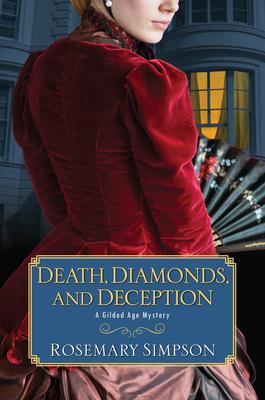 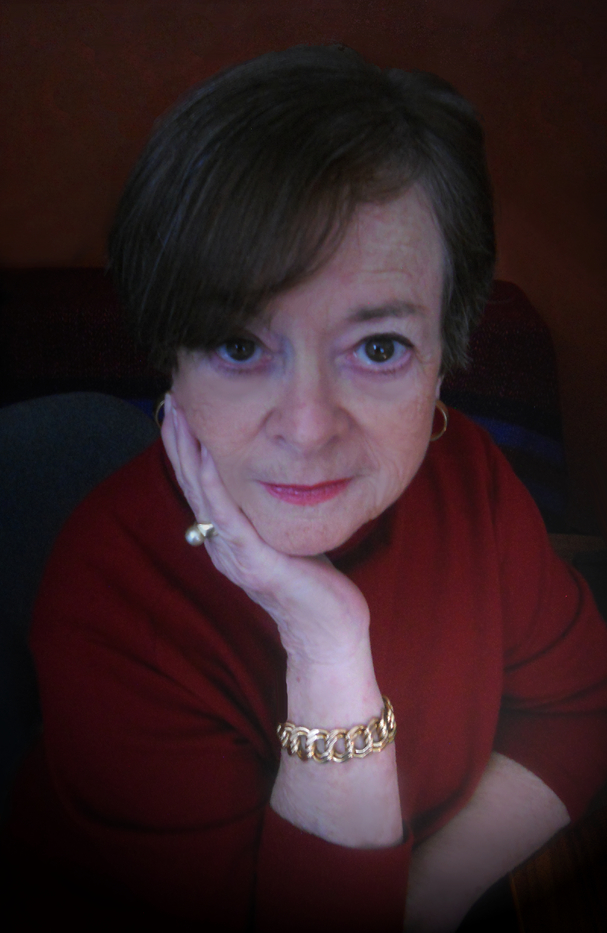 Rosemary Simpson. Death, Diamonds and Deception (Berkley, $26.00 Signed). Set amidst the opulent mansions and cobblestone streets of Old New York, this fifth installment in Rosemary Simpson’s acclaimed series brings the Gilded Age to life, as heiress Prudence MacKenzie and ex-Pinkerton Geoffrey Hunter dash down a twisted maze from Fifth Avenue to Five Points in pursuit of stolen diamonds once belonging to Marie Antionette …

Fall 1889: Lady Rotherton has arrived from London intent on chaperoning her niece Prudence through a New York social season to find a suitable husband. It’s certainly not her niece’s devilishly handsome partner in Hunter and MacKenzie Investigative Law. Aunt Gillian’s eye for eligible suitors is surpassed only by her ability to discern genuine gems from nearly flawless fakes. At the Assembly Ball at Delmonico’s, she effortlessly determines that the stones in the spectacular diamond waterfall necklace adorning the neck of the wife of banker William De Vries are fake.

Insisting on absolute discretion to avoid scandal, the banker employs Prudence and Geoffrey to recover the stolen diamonds pried out of their settings–priceless stones acquired by Tiffany, originally purchased for Marie Antoinette. Their search for a possible fence rapidly leads to a dead end: a jeweler brutally killed in his shop during an apparent theft.

The jeweler’s murder is only the first in a string of mysterious deaths, as Prudence and Geoffrey pursue their elusive quarry. But the clues keep leading back to duplicity on the part of the De Vries family, who, it turns out, have a great deal to hide…

Rosemary Simpson’s What the Dead Leave Behind is set in Gilded Age New York where the Great Blizzard of 1888 brings both disaster and independence to her wealthy and unconventional heroine. Lies that Comfort and Betray is the second in the Gilded Age Mystery series, to be followed by Final Portraits. Rosemary is also the author of two stand-alone historical novels, The Seven Hills of Paradise and Dreams and Shadows. She is a member of Sisters in Crime, International Thriller Writers, and the Historical Novel Society. Educated in France and the United States, she now lives near Tucson, Arizona. 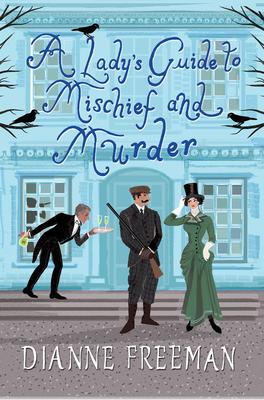 Dianne Freeman. A Lady’s Guide to Mischief and Murder (Kensington, $26.00 Signed).In Dianne Freeman’s charming Victorian-era mystery series, Frances Wynn, the American-born Countess of Harleigh, finds her sister’s wedding threatened by a vow of vengeance.
London is known for its bustle and intrigues, but the sedate English countryside can host—or hide—any number of secrets. Frances, the widowed Countess of Harleigh, needs a venue for her sister Lily’s imminent wedding, away from prying eyes. Risings, George Hazleton’s family estate in Hampshire, is a perfect choice, and soon Frances, her beloved George, and other guests have gathered to enjoy the usual country pursuits—shooting, horse riding, and romantic interludes in secluded gardens.

But the bucolic setting harbors a menace, and it’s not simply the arrival of Frances’s socially ambitious mother. Above and below stairs, mysterious accidents befall guests and staff alike. Before long, Frances suspects these “accidents” are deliberate, and fears that the intended victim is Lily’s fiancé, Leo. Frances’s mother is unimpressed by Lily’s groom-to-be and would much prefer that Lily find an aristocratic husband, just as Frances did. But now that Frances has found happiness with George—a man who loves her for much more than her dowry—she heartily approves of Lily’s choice. If she can just keep the couple safe from villains and meddling mamas.

As Frances and George search for the culprit among the assembled family, friends, and servants, more victims fall prey to the mayhem. Mishaps become full-blooded murder, and it seems that no one is safe. And unless Frances can quickly flush out the culprit, the peal of wedding bells may give way to another funeral toll. . . . 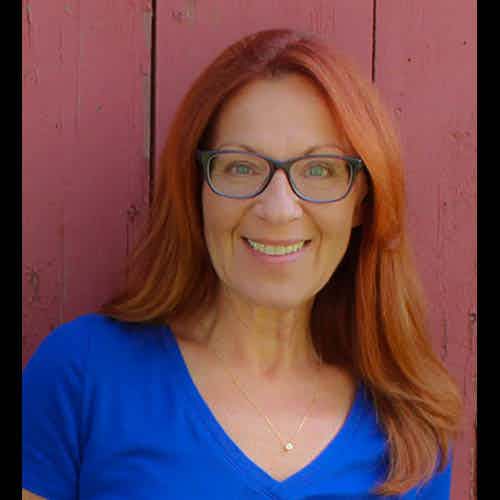 Dianne Freeman is the acclaimed author of the Countess of Harleigh Mystery series. Her debut novel, A Lady’s Guide to Etiquette and Murder, won both an Agatha Award and a Lefty Award and was nominated for the prestigious Mary Higgins Clark Award from Mystery Writers of America. She spent thirty years working in corporate accounting and finance and now writes full-time. Born and raised in Michigan, she and her husband split their time between Michigan and Arizona. Visit her at www.DiFreeman.com.