Sulari Gentill.  A Murder Unmentioned (Poisoned Pen Press, $26.95).  The gun used in Rowland Sinclair’s father’s death some thirteen years earlier has turned up in a drained dam at the family’s country homestead in Yass. And when Rowland offends right-wing New Guard leader Eric Campbell, Campbell uses his influence to set the police to renew their inquiries into Henry Sinclair’s death. 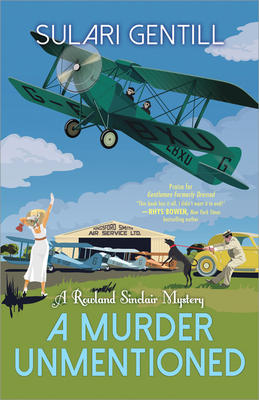 Henry’s friends had all been led to believe that the wealthy landowner had died in a much more respectable way. Rowland and his elder brother, Wil, had avoided any discussion of the event ever since-in fact the whole family had ducked the issue for over a decade, keeping secret that Sinclair senior was murdered. The possible involvement of the teenage Rowly and his older brother’s intervention has been under the radar as well.

But now the finger of blame is pointing squarely at the Sinclair black sheep, a man careless of what society and the authorities think of him. So he and the trio of artist friends who live in his Sydney suburban mansion, and generally have his back, avail themselves of a racing green Gypsy Moth (Rowland is a pioneer in air travel) and a yellow Mercedes sports car (another frightening mode of transport) to arrive in New South Wales’ Southern Tablelands, bent on clearing Rowly’s name.

With cameo appearances from historical figures-Bob Menzies in the Sinclair kitchen, Edna Walling in the garden, and Kate Leigh grinning lasciviously at Rowly in a jailhouse crowd-and a real sense of fun contrasting with the quite genuine tension, this is historical crime for those in the know and those who can barely remember what happened last weekend, a story of family secrets and fraternal loyalty. Despite the humor, the Rowland Sinclair Mysteries take a deadly serious look at the 1930s, reflecting our own tumultuous times. 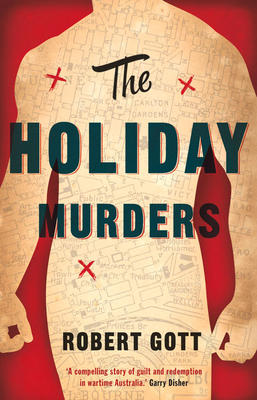 but undermanned Homicide division of the Melbourne police force is called to investigate the vicious double murder of a father and son. When Military Intelligence becomes involved, Homicide’s Inspector Titus Lambert must unravel the personal from the political.

If only the killings had stopped at two. The police are desperate to come to grips with an extraordinary and disquieting upsurge of violence. For Constable Helen Lord, it is an opportunity to make her mark in a male-dominated world where she is patronised as a novelty. For Detective Joe Sable, the investigation forces a reassessment of his indifference to his Jewish heritage. Racing against the clock, the police uncover simmering tensions among secretive local Nazi sympathisers as a psychopathic fascist usurper makes his move.

The Holiday Murders explores a little-known and sometimes violent corner of Australian history, and finds oddly modern echoes in its paranoia, xenophobia, and ugly fervour. 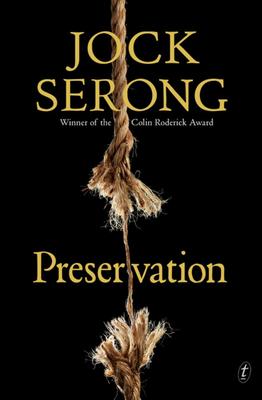 smuggling Sydney Cove—but only three are picked up on a beach near the isolated settlement of Sydney in 1797. The three men have walked hundreds of miles across an alien landscape. They are distressed and injured. Their accounts of the ordeal are evasive—and conflicting. Tasked with investigating their stories, Lieutenant Joshua Grayling comes to realize that there might be something—or someone—behind the fourteen missing men. Andas the full horror of the journey emerges, Grayling begins to wonder whether his own family is also in danger.

everything. The pulsating follow-up thriller to the acclaimed Resurrection Bay.

Caleb Zelic used to meet life head-on. Now he’s struggling just to get through the day. His best mate is dead, his ex-wife, Kat, is avoiding him, and nightmares haunt his waking hours.

But when a young woman is killed after pleading for his help in sign language, Caleb is determined to find out who she was. And the trail leads straight to his hometown, Resurrection Bay. The town is on bushfire alert and simmering with racial tensions. As he delves deeper, Caleb uncovers secrets that could threaten his life and any chance of reuniting with Kat. Driven by his demons, he pushes on. But who is he willing to sacrifice along the way?