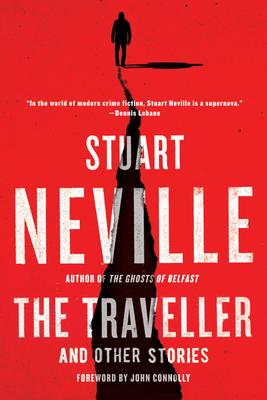 Since his debut novel, the modern classic The Ghosts of Belfast, was published a decade ago, Stuart Neville has published eight other critically acclaimed novels and achieved international recognition as one of crime fiction’s great living writers.

Now for the first time Neville offers readers a collection of his short fiction—twelve chilling stories that traverse and blend the genres of noir, horror, and speculative fiction, and which bring the history and lore of Neville’s native Northern Ireland to glittering life. The collection concludes with the long-awaited novella The Traveller, the companion piece to The Ghosts of Belfast and Collusion.

Complete with a foreword from Irish crime fiction legend John Connolly, this volume is the perfect indulgence for fans of ghost stories and noir, and is a must-have for devotees of Neville’s prizewinning Belfast novels.

Stuart Neville’s debut novel, THE GHOSTS OF BELFAST (published in the UK as THE TWELVE), won the Mystery/Thriller category of the Los Angeles Times Book Prize, and was picked as one of the top crime novels of 2009 by both the New York Times and the LA Times. He has been shortlisted for various awards, including the MWA Edgar, CWA Dagger, Theakstons Old Peculier Novel of the Year, Barry, Macavity, Dilys awards, as well as the Irish Book Awards Crime Novel of the Year.

He has since published nine more critically acclaimed books, two of which were under the pen name Haylen Beck. In 2020, Soho Press will publish his first short story collection, THE TRAVELLER AND OTHER STORIES. 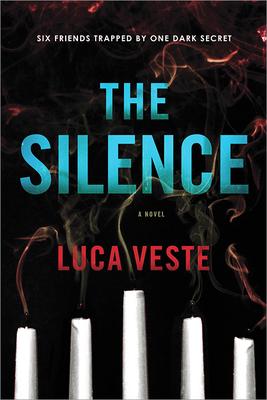 Luca Veste. The Silence (Sourcebooks, $16.99 Unsigned). From the author of The Bone Keeper comes The Silence, another sinister psychological thriller of secrets, revenge, and a lurking serial killer.

We killed a stranger and covered it up.

It was supposed to be our last weekend away as friends, before marriage and respectability beckoned. But what happened that Saturday changed everything.

The six of us promised we would never tell anyone about the body we buried, even when we realized our victim was a serial killer.

But now the silence has been broken. And the killing has started again…

A twisted thriller that asks if we ever truly know our friends, and just how high price is for our silence.

Luca Veste is a writer of Italian and Liverpudlian heritage, married with two young daughters, and one of nine children. He studied psychology and criminology at university in Liverpool. He is the author of the Murphy and Rossi series, which includes DEAD GONE, THE DYING PLACE, BLOODSTREAM, and THEN SHE WAS GONE.

Part psychological thriller, part police procedural, his books follow the detective pairing of DI David Murphy and DS Laura Rossi. The novels are set in Liverpool, bringing the city to life in a dark and terrifying manner…with just a splash of Scouse humour.