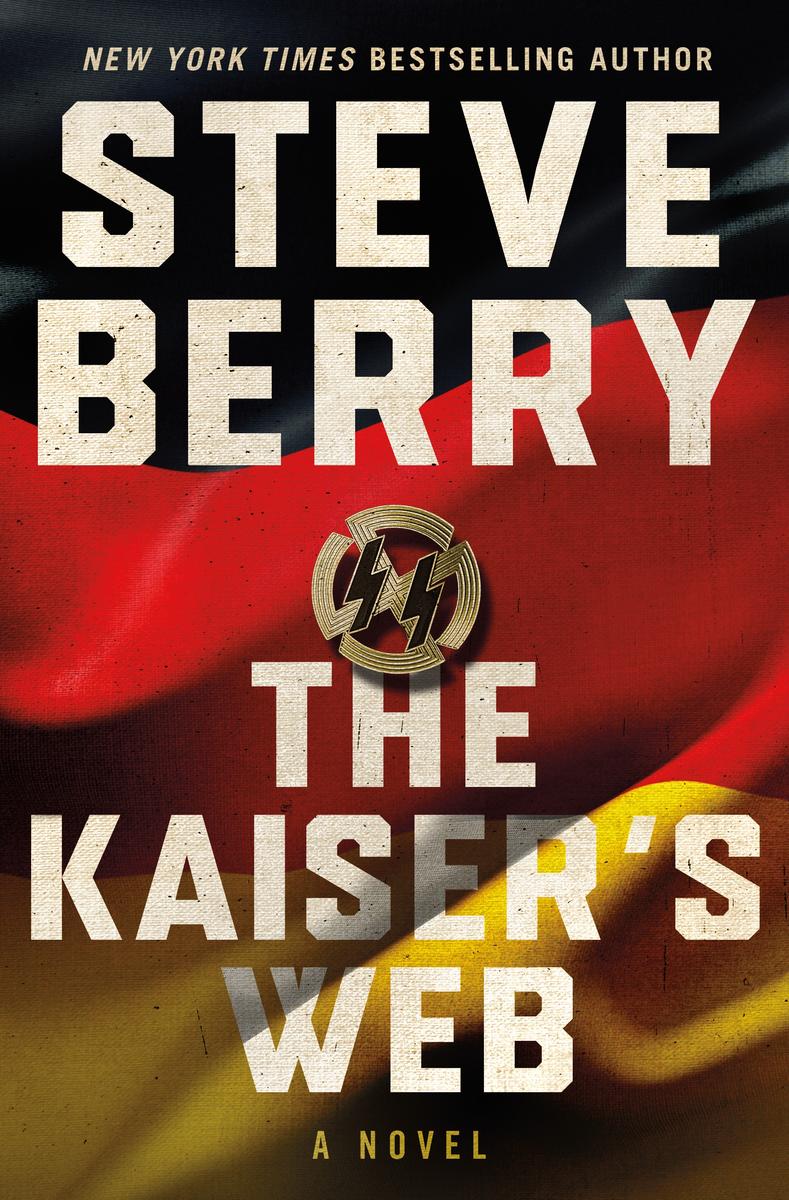 Two candidates are vying to become Chancellor of Germany. One is a patriot having served for the past sixteen years, the other a usurper, stoking the flames of nationalistic hate. Both harbor secrets, but only one knows the truth about the other. They are on a collision course, all turning on the events of one fateful day — April 30, 1945 — and what happened deep beneath Berlin in the Fürherbunker. Did Adolph Hitler and Eva Braun die there? Did Martin Bormann, Hitler’s close confidant, manage to escape? And, even more important, where did billions in Nazi wealth disappear to in the waning days of World War II? The answers to these questions will determine who becomes the next Chancellor of Germany.

From the mysterious Chilean lake district, to the dangerous mesas of South Africa, and finally into the secret vaults of Switzerland, former-Justice Department agent Cotton Malone discovers the truth about the fates of Hitler, Braun, and Bormann. Revelations that could not only transform Europe, but finally expose a mystery known as the Kaiser’s web.

Steve Berry is the New York Times and #1 internationally bestselling author of nineteen novels. His books have been translated into 40 languages with 25,000,000 copies in 51 countries. They consistently appear in the top echelon of The New York Times, USA Today, and Indie bestseller lists.

History lies at the heart of every Steve Berry novel. It’s his passion, one he shares with his wife, Elizabeth, which led them to create History Matters, a foundation dedicated to historic preservation. Since 2009 Steve and Elizabeth have crossed the country to save endangered historic treasures, raising money via lectures, receptions, galas, luncheons, dinners and their popular writers’ workshops. To date, 3,500 students have attended those workshops with over $1.5 million dollars raised.

Steve’s devotion to historic preservation was recognized by the American Library Association, which named Steve its spokesperson for National Preservation Week. Among his other honors are the Royden B. Davis Distinguished Author Award; the Barnes & Noble Writers for Writers Award given by Poets & Writers; the Anne Frank Human Writes Award; and the Silver Bullet, bestowed by International Thriller Writers for his philanthropic work. He has been chosen both the Florida and Georgia Writer of the Year. He’s also an emeritus member of the Smithsonian Libraries Advisory Board. In 2010, a NPR survey named The Templar Legacy one of the top 100 thrillers ever written.

Steve was born and raised in Georgia, graduating from the Walter F. George School of Law at Mercer University. He was a trial lawyer for 30 years and held elective office for 14 of those years. He is a founding member of International Thriller Writers—a group of nearly 6,000 thriller writers from around the world—and served three years as its co-president.