Robert Dugoni. The Last Agent (Thomas & Mercer, $24.95 Signed). An American operative in Russia is on the run for his life in a thriller of heart-stopping betrayal and international intrigue by the New York Times bestselling author of The Eighth Sister.

Betrayed by his own country and tried for treason, former spy Charles Jenkins survived an undercover Russian operation gone wrong. Exonerated, bitter, and safe, the retired family man is through with duplicitous spy games. Then he learns of a woman isolated in Moscow’s notorious Lefortovo Prison.

If it’s Paulina Ponomayova, the agent who sacrificed her life to save his, Jenkins can’t leave her behind. But there’s no guarantee it’s her. Or proof Paulina is still alive. To find out, Jenkins must return to Russia. Next move: blackmail Viktor Federov, a former Russian officer with his own ax to grind, into helping him infiltrate Lefortovo. The enemy who once pursued Jenkins across three continents is now the only man Jenkins can trust.

Every step of the way—from Moscow to Scandinavia to the open ocean—they’re hunted by a brutal Russian agent on a killer quest of his own. Out of loyalty to Paulina—dead or alive—Jenkins is putting everyone’s life on the line for a new mission that could be his last.

Robert Dugoni is the critically acclaimed New York Times, Wall Street Journal, Washington Post and #1 Amazon bestselling author of the Tracy Crosswhite police series set in Seattle, which has sold more than 6 million books worldwide. He is also the author of The Charles Jenkins espionage series, and the David Sloane legal thriller series. He is also the author of several stand-alone novels including The 7th Canon, Damage Control, and the literary novel, The Extraordinary Life of Sam Hell – Suspense Magazine’s 2018 Book of the Year, for which Dugoni’s narration won an AudioFile Earphones Award; as well as the nonfiction exposé The Cyanide Canary, a Washington Post Best Book of the Year. Several of his novels have been optioned for movies and television series.

Dugoni is the recipient of the Nancy Pearl Award for Fiction and a two-time winner of the Friends of Mystery Spotted Owl Award for best novel set in the Pacific Northwest. He is also a two-time finalist for the International Thriller Award, the Harper Lee Prize for Legal Fiction, the Silver Falchion Award for mystery, and the Mystery Writers of America Edgar Award. Robert Dugoni’s books are sold in more than twenty-five countries and have been translated into more than two dozen languages.

Angie Kim is the debut author of the international bestseller and Edgar winner Miracle Creek, named a “Best Book of the Year” by Time, The Washington Post, Kirkus, and The Today Show, among others. A Korean immigrant, former editor of the Harvard Law Review, and one of Variety Magazine’s inaugural “10 Storytellers to Watch,” Kim has written for Vogue, The New York Times Book Review, The Washington Post, Glamour, and numerous literary journals. She lives in Northern Virginia with her husband and three sons. 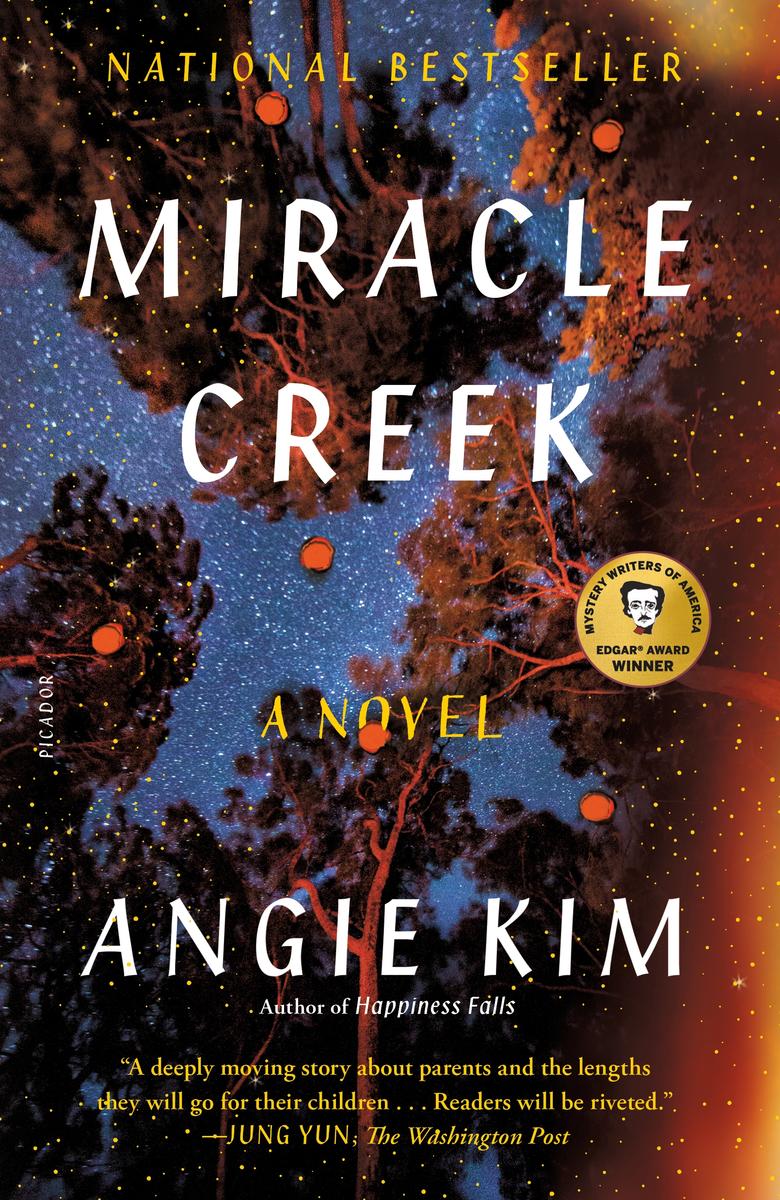 WINNER OF THE EDGAR AWARD FOR BEST FIRST NOVEL

The “gripping… page-turner” (Time) hitting all the best of summer reading lists, Miracle Creek is perfect for book clubs and fans of Liane Moriarty and Celeste Ng

How far will you go to protect your family? Will you keep their secrets? Ignore their lies?

In a small town in Virginia, a group of people know each other because they’re part of a special treatment center, a hyperbaric chamber that may cure a range of conditions from infertility to autism. But then the chamber explodes, two people die, and it’s clear the explosion wasn’t an accident.

A powerful showdown unfolds as the story moves across characters who are all maybe keeping secrets, hiding betrayals. Chapter by chapter, we shift alliances and gather evidence: Was it the careless mother of a patient? Was it the owners, hoping to cash in on a big insurance payment and send their daughter to college? Could it have been a protester, trying to prove the treatment isn’t safe?

“A stunning debut about parents, children and the unwavering hope of a better life, even when all hope seems lost” (Washington Post), Miracle Creek uncovers the worst prejudice and best intentions, tense rivalries and the challenges of parenting a child with special needs. It’s “a quick-paced murder mystery that plumbs the power and perils of community” (O Magazine) as it carefully pieces together the tense atmosphere of a courtroom drama and the complexities of life as an immigrant family. Drawing on the author’s own experiences as a Korean-American, former trial lawyer, and mother of a “miracle submarine” patient, this is a novel steeped in suspense and igniting discussion. Recommended by Erin Morgenstern, Jean Kwok, Jennifer Weiner, Scott Turow, Laura Lippman, and more– Miracle Creek is a brave, moving debut from an unforgettable new voice.