What do Crime Fiction and Pancake Art have in common?   That’s right – Lee Goldberg… 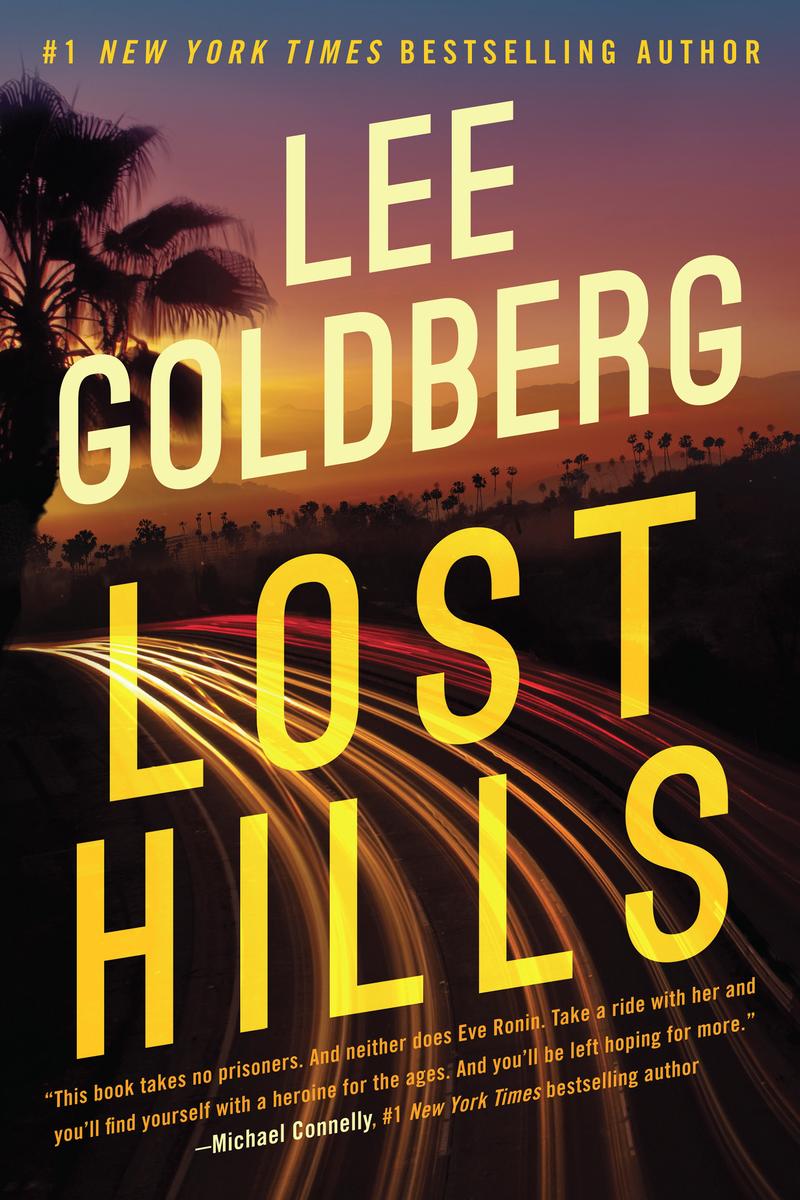 Come meet two Lee Goldbergs, who are unrelated and who have never met…. but who are both successful and acclaimed artists who delight people with their creative work… one with fiction, the other with pancakes. Or, to put it another way, one Lee Goldberg does his art on the page, the other on batter. They will be joining forces at Poisoned Pen, where Writer Lee Goldberg will be discussing and signing his new novel, Lost Hills, and Pancake Artist Lee Goldberg will be showing off his eye-catching, delicious, and edible creations.  It’s a signing event unlike any Poisoned Pen has ever done before….where readers can devour the best in crime fiction AND in gourmet pancakes. could make or break her career in an exhilarating thriller by #1 New York Times bestselling author Lee Goldberg.

A video of Deputy Eve Ronin’s off-duty arrest of an abusive movie star goes viral, turning her into a popular hero at a time when the Los Angeles County Sheriff’s Department is plagued by scandal. The sheriff, desperate for more positive press, makes Eve the youngest female homicide detective in the department’s history.

Now Eve, with a lot to learn and resented by her colleagues, has to justify her new badge. Her chance comes when she and her burned-out, soon-to-retire partner are called to the blood-splattered home of a missing single mother and her two kids. The horrific carnage screams multiple murder—but there are no corpses.

Eve has to rely on her instincts and tenacity to find the bodies and capture the vicious killer, all while battling her own insecurities and mounting pressure from the media, her bosses, and the bereaved family. It’s a deadly ordeal that will either prove her skills…or totally destroy her.

In 2014, I was a cook at a residential drug and alcohol treatment facility in Phoenix. During a brunch I made someone sunny side up eggs and I gotta say they looked like eye balls. So obviously I had to make the rest of the face out of hash browns, bacon, and sausage.

One day I had a resident helping me serve breakfast and he asked if I had ever heard of pancake art. I had not. I spent the rest of the day pouring over pictures and videos. I decided to try it using coffee filters and left over batter (think piping bag).

Let me tell you those pancakes looked…bad. Really bad. They were, however, the most fun I’d had in a long time.

I reached out to Dancakes about tips for improving my technique, and holy cow they responded. We became friends and after a year or so, they invited me to apprentice with them.

I’m the resident geek of the company and I love table top roll playing games. I always have a D20 in my pocket because, you never know.