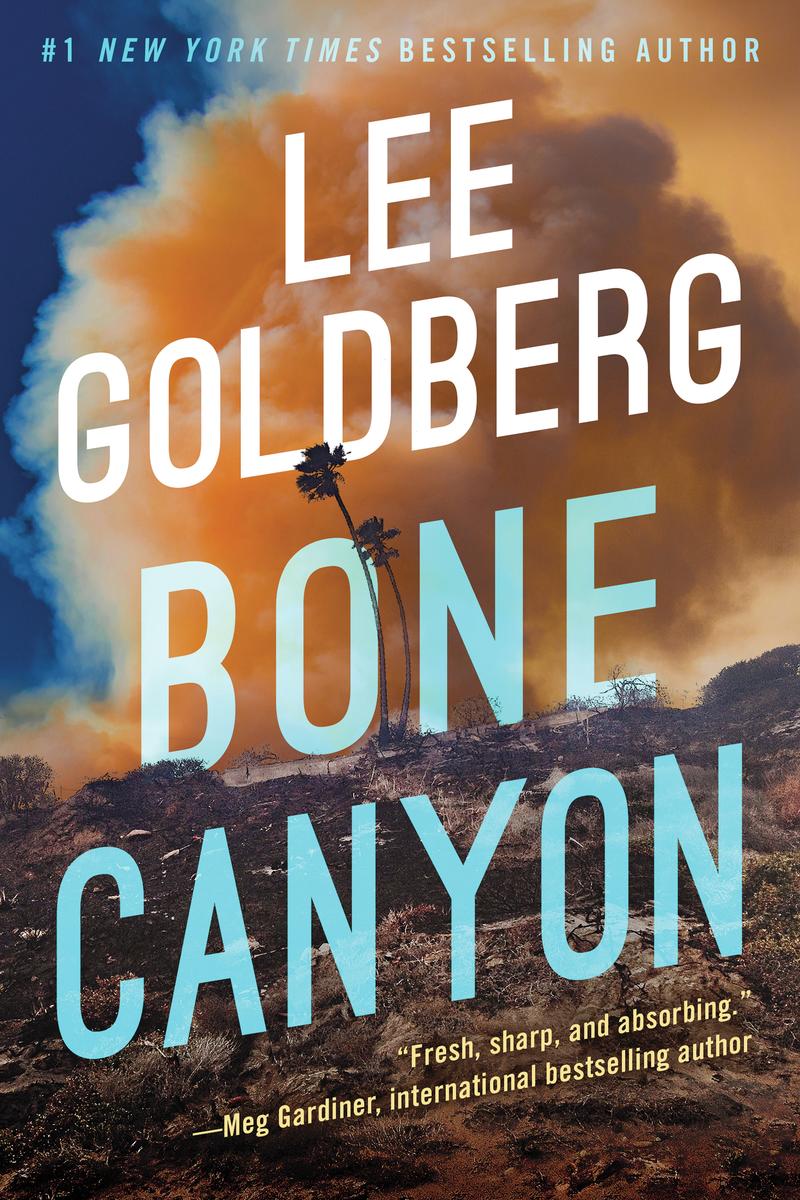 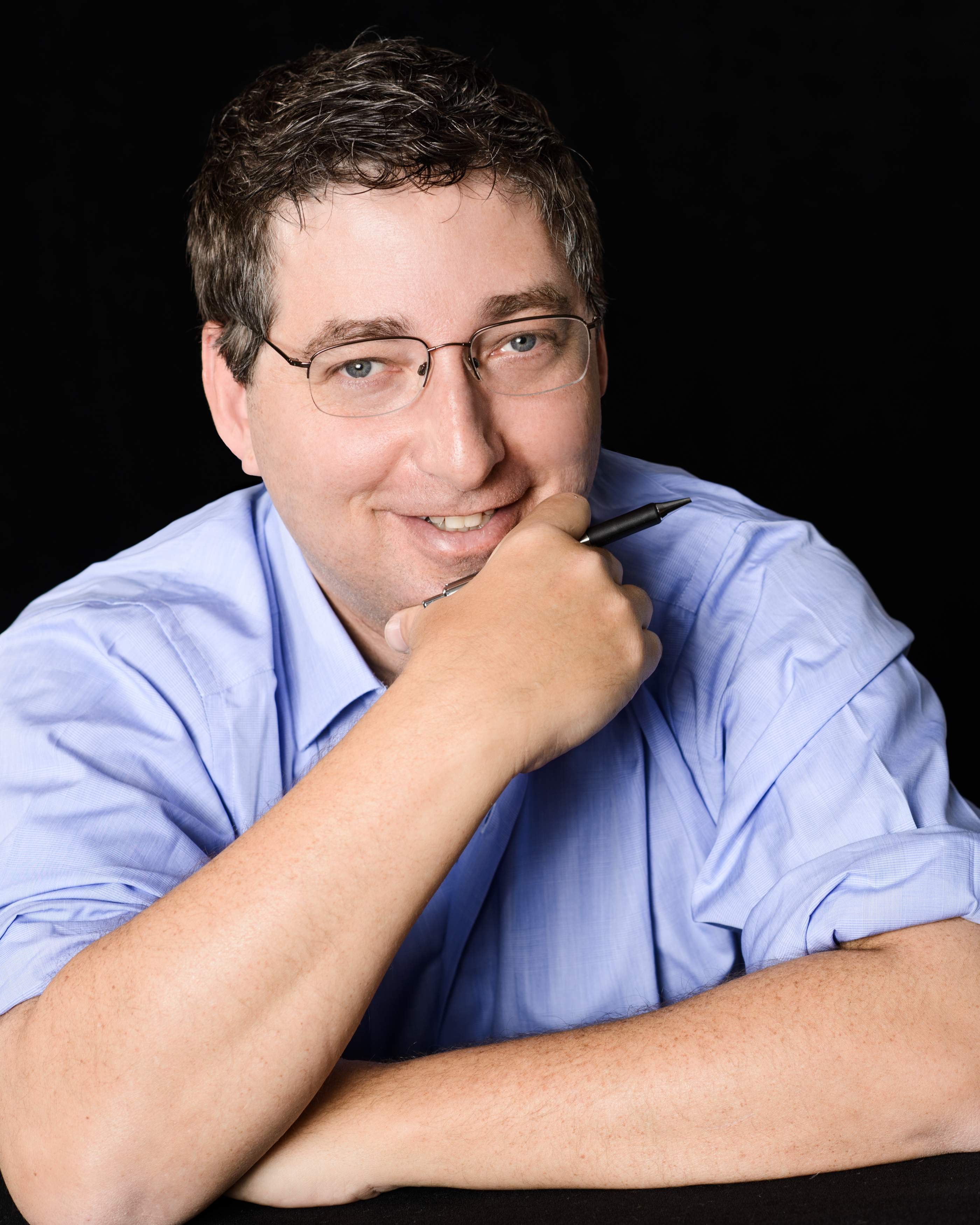 A catastrophic wildfire scorches the Santa Monica Mountains, exposing the charred remains of a woman who disappeared years ago. The investigation is assigned to Eve Ronin, the youngest homicide detective in the Los Angeles County Sheriff’s Department, a position that forces her to prove herself again and again. This time, though, she has much more to prove.

Bones don’t lie, and these have a horrific story to tell. Eve tirelessly digs into the past, unearthing dark secrets that reveal nothing about the case is as it seems. With almost no one she can trust, her relentless pursuit of justice for the forgotten dead could put Eve’s own life in peril.

#1 New York Times Bestselling author Lee Goldberg is a two-time Edgar Award and two-time Shamus Award nominee whose many TV writing and/or producing credits include “Martial Law,” “SeaQuest,” “Diagnosis Murder,””Hunter,” “Spenser: For Hire,” “Nero Wolfe,” “Missing.” “Monk” and “The Glades.” He’s also the co-author of the Fox & O’Hare series with Janet Evanovich (The Heist, The Chase, The Job, The Scam, The Pursuit etc), “The Walk,” “Watch Me Die,” “King City,” the “Dead Man” series, as well as the “Diagnosis Murder” and “Monk” series of original mystery novels. 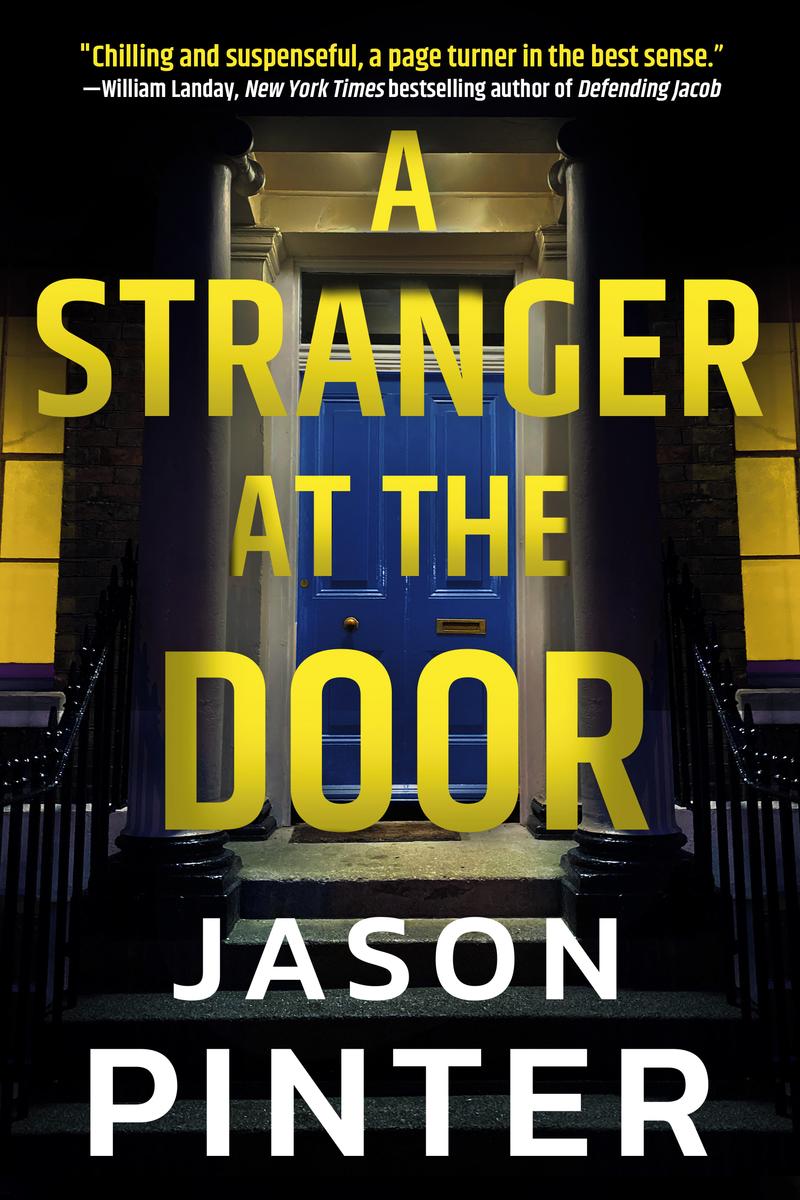 Jason Pinter. A Stranger at the Door (Thomas & Mercer, $15.95 Signed). From the Amazon bestselling author of Hide Away comes the gripping second installment of the Rachel Marin Thriller series.

Rachel Marin is in a good place. After years of struggle, the single mother has found both a stable, loving relationship and a new purpose: putting her investigative skills to work solving crimes for the local PD. But just as the pieces of her life are finally starting to fall into place, her teenaged son’s teacher is gruesomely murdered, starting a domino effect that shatters her peaceful existence.

When Rachel discovers an ominous email the teacher sent to her just before his death, she knows she must help bring his killer to justice. But soon a figure from her past reappears, threatening to expose Rachel’s darkest secrets if she doesn’t tread lightly. And when her son is recruited by a shadowy businessman who may be connected to the murder, Rachel knows this has just gotten very, very personal.

Someone out there is dead set on keeping this grisly cover-up good and buried, which means if Rachel’s not careful, it’s only a matter of time before her dream life becomes her worst nightmare.

Jason Pinter is the bestselling author of Hide Away, the first Rachel Marin novel, as well as five novels in his Henry Parker thriller series and the standalone novel The Castle, which have over one million copies in print worldwide and have been published in over a dozen countries, the Middle Grade adventure novel Zeke Bartholomew: SuperSpy, and the children’s picture book Miracle. He has been nominated for the Thriller Award, Strand Critics Award, Barry Award, RT Reviewers Choice Award, Shamus Award and CrimeSpree Award. Two of his books—The Fury and The Darkness—were chosen as Indie Next selections, and The Mark, The Stolen and The Fury, were named to The Strand’s Best Books of the Year list. The Mark and The Stolen both appeared on the ‘Heatseekers’ bestseller list in The Bookseller (UK). The Mark was optioned to be a feature film.