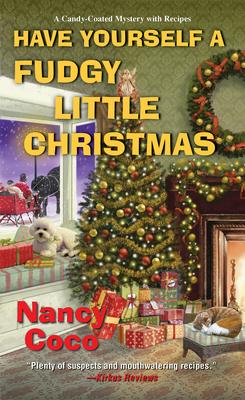 Nancy Coco, Have Yourself a Fudgy Little Christmas (Kensington $8.99). In Nancy Coco’s eighth Candy-Coated Mystery, Christmas on Mackinac Island brings a flurry of festive activity for fudge shop owner Allie McMurphy–but also a body in a snowbank. With fun recipes, cute pets, quirky characters, and an endearing young protagonist, the Candy-Coated Mysteries have the perfect ingredients for cozy mystery fans!

All Allie wants for Christmas is for renovations to be finished on the Historic McMurphy Hotel and Fudge Shop so she can move back home for the holidays. But for now she’s staying in her friend Frances’ apartment, busily baking batches of holiday fudge. After someone leaves a mysterious note on the door to meet up, the curious fudge maker goes to the rendezvous with her Bichonpoo, Mal–only to discover a woman facedown in a snowdrift. With her dying breath, the woman gasps, “Frances.” The police suspect she named her killer, but Allie knows that’s impossible. She needs to wrap up this case before the trail runs cold–and give her friend the gift of freedom this Christmas season…

Nancy J Parra AKA Nancy Coco AKA Nell Hampton is the author of over 30 published novels which include five mystery series: The Oregon Honey-comb Mystery Series (Kensington), The Candy-Coated Mysteries (Kensington), The Kensington Palace Mystery Series (Crooked Lane), The Wine Country Tours Mystery Series (Crooked Lane) The Gluten-free Baker’s Treat Mysteries (Berkley Prime Crime), and The Perfect Proposal Mysteries (Berkley Prime Crime).  Her writing has been called witty and her protagonists plucky by reviewers around the world.  Nancy is a member of Sisters in Crime, and writes for the Killer Character Blog on the 8th of every month.  Nancy loves to hear from readers. 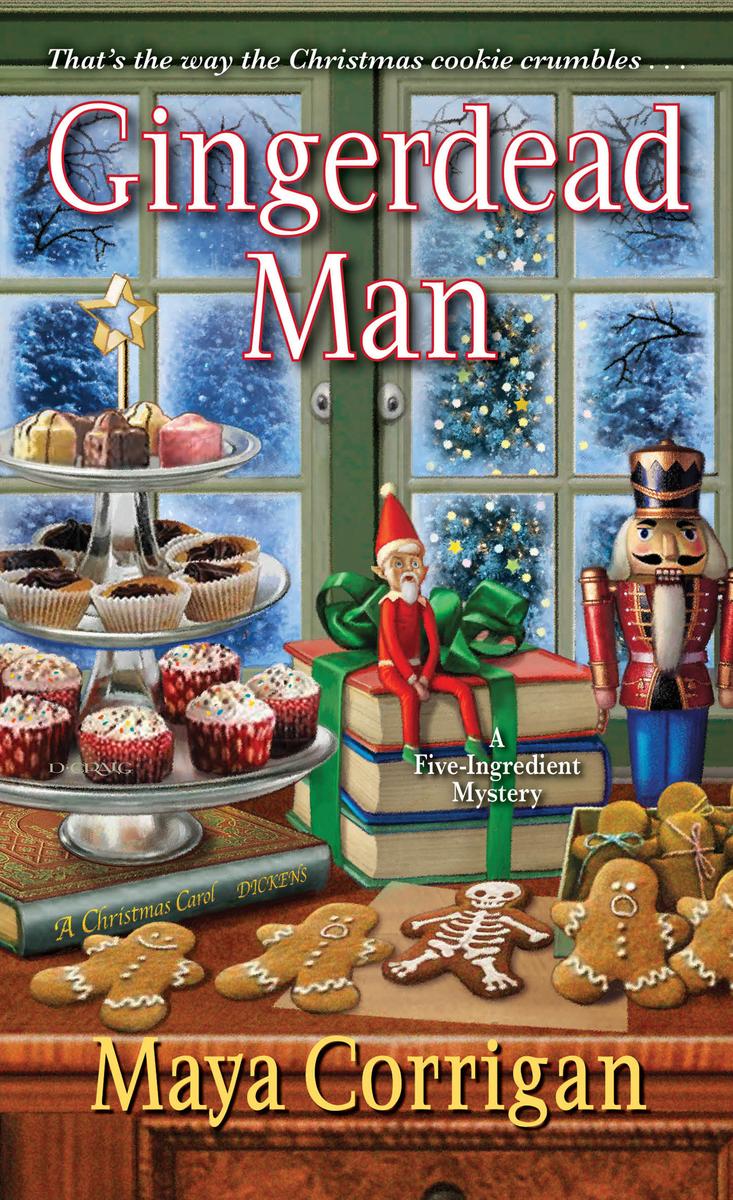 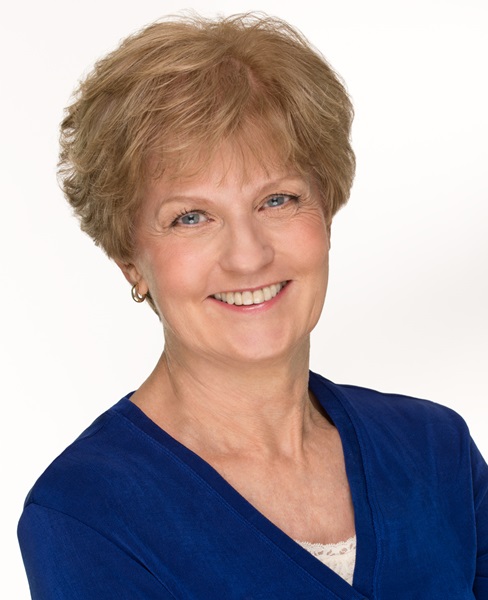 Maya Corrigan, Gingerdead Man (Kensington $8.99). When Santa is sleighed by a poison gingerbread cookie at a holiday party, Val Deniston’s reputation is on the line . . .

This holiday season Bayport, Maryland, is a dead ringer for Victorian London. Val and her grandfather are taking part in the Dickens of a Holiday festival. Val is hosting a private tea party serving the festival’s costumed volunteers, who range from Dickens divas like Madame Defarge and Miss Havisham to Ebenezer Scrooge and old St. Nick himself.

But one costumed reveler may have gotten the holidays mixed up. The winner of the creepiest outfit, robed in black with a gift bag covering the head—okay, Ghost of Christmas Present, Val gets it—hands out gingerbread men with white icing skeleton bones. This year’s sour Santa has none of the big fellow’s mirth but plenty of his appetite, and it’s no secret Santa loves cookies. But when the man in red turns blue, Val and Granddad have a cookie-cutter killer to catch before the New Year . . .

Maya (Mary Ann) Corrigan combines her passion for food and detective stories in her Five-Ingredient Mysteries: By Cook or by Crook, Scam Chowder, Final Fondue, The Tell-Tale Tarte, S’more Murders, Crypt Suzette, and Gingerdead Man. The series features a café manager and her live-wire grandfather, the Codger Cook, who solve murders in a historic town near the Chesapeake Bay. Each book has five suspects, five clues, and Granddad’s five-ingredient recipes. Ms. Corrigan lives in a Virginia suburb of Washington, D.C. Before writing crime fiction, she taught American literature, writing, and detective fiction at Northern Virginia Community College and Georgetown University. 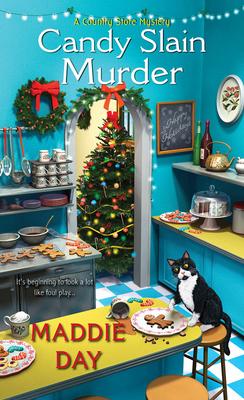 Maddie Day, Candy Slain Murder (Kensington $8.99). An entertaining series perfect for fans for Joanne Fluke that highlights delicious new recipes for you to try this holiday season!  A merry Christmas mystery is the festive read you need this time of year…

“The lavish food descriptions and appended recipes are the best parts.”
—Kirkus Reviews

Christmas cheer has sent the griddle into overdrive at Robbie Jordan’s popular country store and café. And this year, there’s a new seasonal special to feast on: murder…

As December sweeps through South Lick, Indiana, Robbie’s life seems merry and bright like the string lights glistening around town. But strange happenings signal a bumpy ride into the holidays. First a man raises eyebrows at Pans ‘N Pancakes when he claiming to be the long-lost half-brother of Robbie’s assistant. Then a fire destroys the home of a controversial anesthesiologist, exposing skeletal remains in his attic. Helplessly intrigued, all Robbie wants for Christmas is to stop her winter wonderland from becoming a real nightmare. With a decades-old mystery taking shape, can she run as fast as she can in pursuit of a killer who’s harder to crack than a stale gingerbread man?

Macavity and Agatha-nominated author Edith Maxwell writes the Quaker Midwife Mysteries and the Local Foods Mysteries, as well as award-winning short crime fiction. As Maddie Day she authors the Country Store Mysteries and the Cozy Capers Book Group Mysteries. She also wrote two Lauren Rousseau Mysteries (as Tace Baker). Maxwell lives north of Boston with her beau and cats, and blogs with the other Wicked Authors. You can find her at www.edithmaxwell.com, @edithmaxwell, and on Facebook. 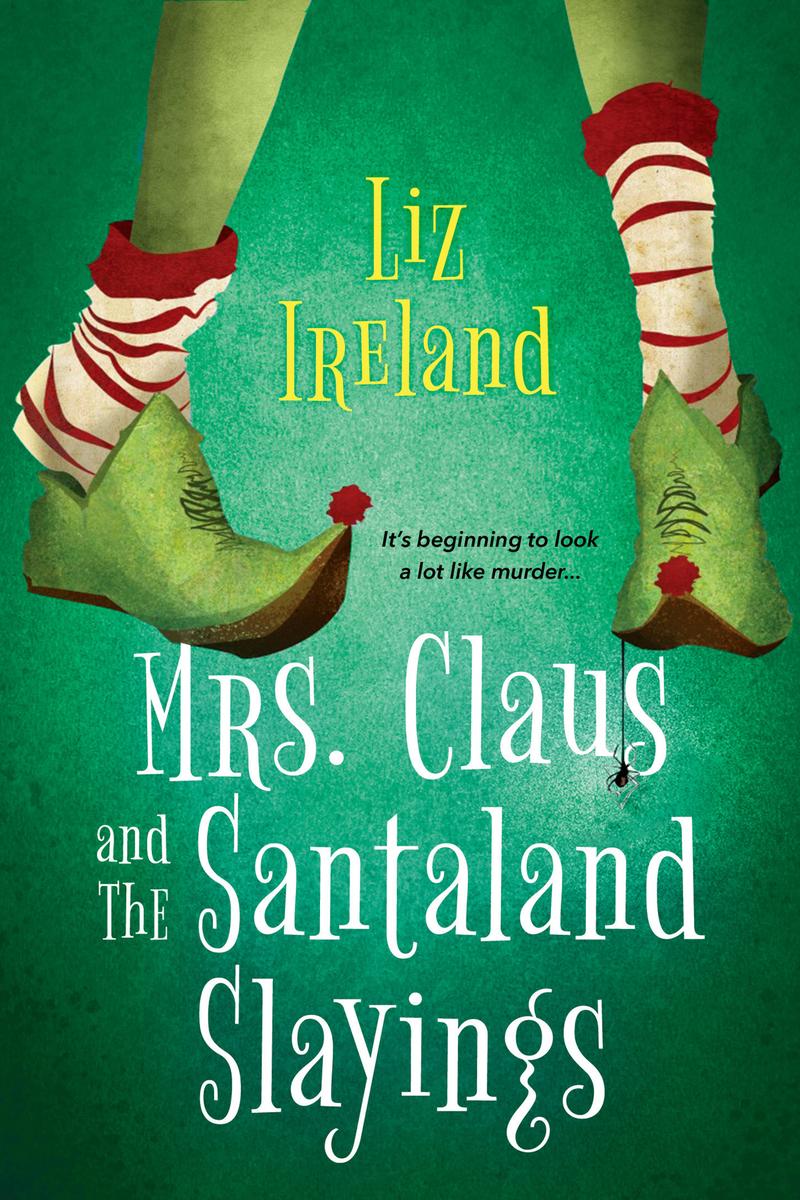 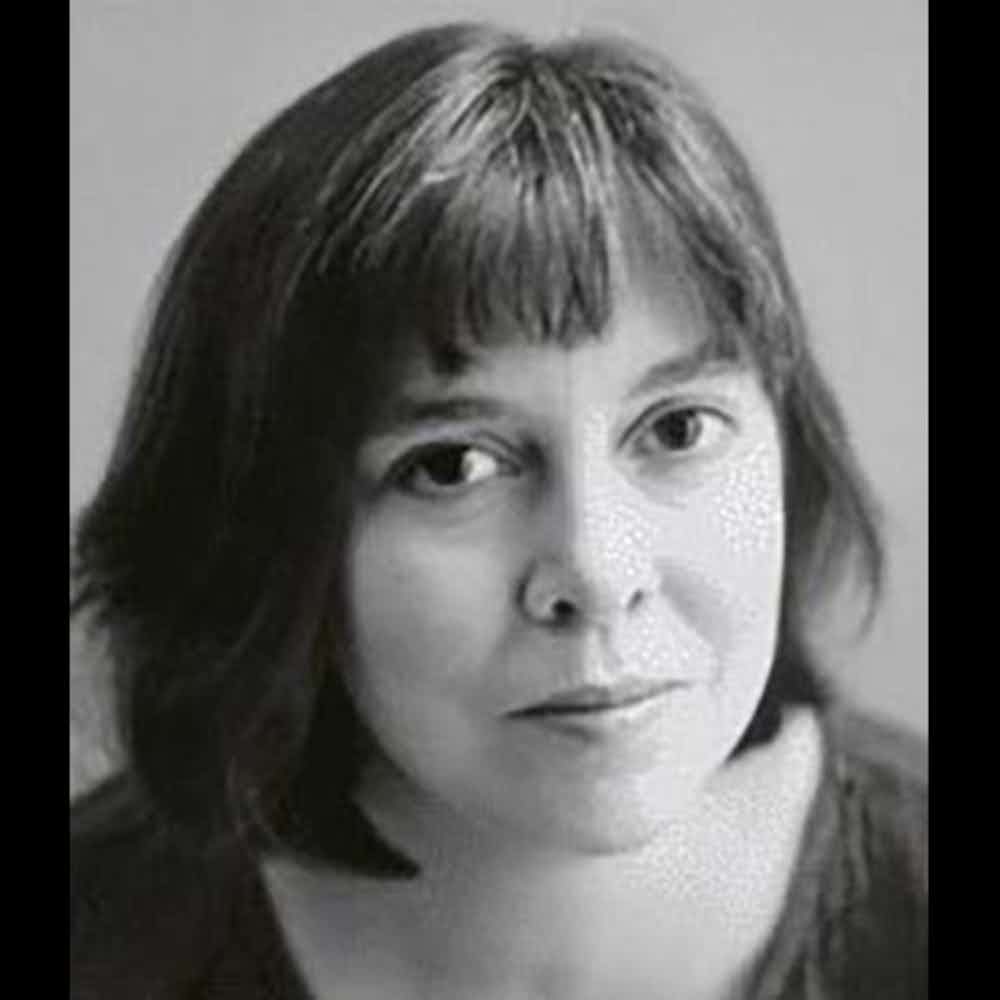 This Christmas season, travel to the North Pole you’ve never seen before—where Santa’s new wife, April Claus, is not only set on creating the perfect holiday—she’s also set on solving the perfect crime…

Love is full of surprises—though few compare to realizing that you’re marrying the real-life Santa. April Claus dearly loves her new husband, Nick, but adjusting to life in the North Pole is not all sugarplums and candy canes. Especially when a cantankerous elf named Giblet Hollyberry is killed—felled by a black widow spider in his stocking—shortly after publicly arguing with Nick.

Christmastown is hardly a hotbed of crime, aside from mishaps caused by too much eggnog, but April disagrees with Constable Crinkle’s verdict of accidental death. As April sets out to find the culprit, it’ll mean putting the future of Christmas on the line—and hoping her own name isn’t on a lethal naughty list . . .

Liz Ireland is the author of many works of women’s fiction, romance, and mystery. She also writes under the names Elizabeth Bass and Liz Freeland. Like her character April Claus, Liz spends too much time in concert bands. Originally from the United States, she now lives on Vancouver Island in British Columbia. She’s currently working on the next Mrs. Claus mystery. 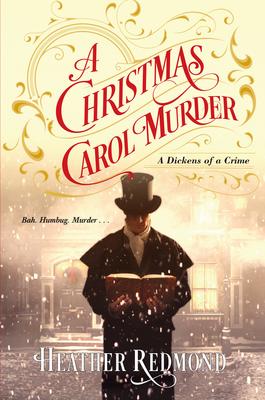 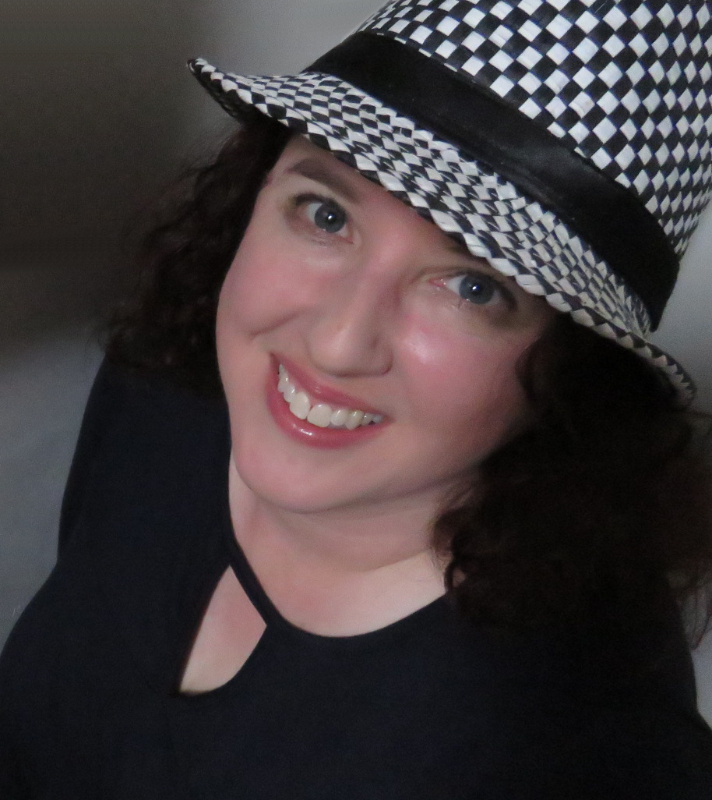 London, December 1835: Charles and Kate are out with friends and family for a chilly night of caroling and good cheer. But their blood truly runs cold when their singing is interrupted by a body plummeting from an upper window of a house. They soon learn the dead man at their feet, his neck strangely wrapped in chains, is Jacob Harley, the business partner of the resident of the house, an unpleasant codger who owns a counting house, one Emmanuel Screws.

Ever the journalist, Charles dedicates himself to discovering who’s behind the diabolical defenestration. But before he can investigate further, Harley’s corpse is stolen. Following that, Charles is visited in his quarters by what appears to be Harley’s ghost—or is it merely Charles’s overwrought imagination? He continues to suspect Emmanuel, the same penurious penny pincher who denied his father a loan years ago, but Kate insists the old man is too weak to heave a body out a window. Their mutual affection and admiration can accommodate a difference of opinion, but matters are complicated by the unexpected arrival of an infant orphan. Charles must find the child a home while solving a murder, to ensure that the next one in chains is the guilty party . . .

Heather Redmond is an author of commercial fiction and also writes as Heather Hiestand. First published in mystery, she took a long detour through romance before returning. Though her last British-born ancestor departed London in the 1920s, she is a committed anglophile, Dickens devotee, and lover of all things nineteenth century.

She has lived in Illinois, California, and Texas, and now resides in a small town in Washington State with her husband and son. The author of many novels, novellas, and short stories, she has achieved best-seller status at Amazon, Barnes and Noble, and Apple Books. Her 2018 Heather Redmond debut, A Tale of Two Murders, reached #1 in Historical Mysteries at Amazon as well as being in the Top 100 on Amazon, Barnes & Noble (Top 20), and Apple Books (Top 40). It is also a multi-week Barnes & Noble Hardcover Mystery Bestseller and a Historical Mystery bestseller on Kobo Books.