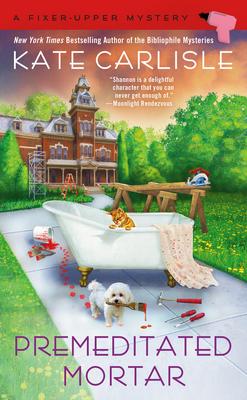 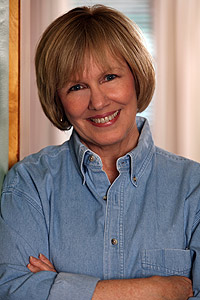 Shannon Hammer is about to embark on one of the biggest projects of her career. Her best friend Jane Hennessey has purchased one wing of the Gables, formerly the old state insane asylum, located on a bucolic hillside two miles northeast of Lighthouse Cove. Jane plans to turn her section into a small luxury hotel complete with twenty ocean-view rooms, a spa, and a restaurant.

Shannon is raring to get started on the enormous project and is shocked when a group of unruly protesters shows up at the groundbreaking ceremony and wreaks havoc. She’s even more freaked-out when someone pushes her into a pit of bricks in a closed-off room of the asylum. Despite her close call, Shannon wants nothing more than to get back to work . . . until she finds a body not far from where she was pushed. Now Shannon is determined to get to the bottom of the goings-on at the Gables even if it kills her. . . .

New York Times bestselling author Kate Carlisle is a native Californian who worked in television production for many years before turning to writing. It was a lifelong fascination with the art and craft of bookbinding that led her to write the Bibliophile Mysteries, featuring Brooklyn Wainwright, whose bookbinding and restoration skills invariably uncover old secrets, treachery and murder. Her first book, Homicide in Hardcover, debuted in February 2010, followed by If Books Could Kill, The Lies That Bind, Murder Under Cover, One Book in the Grave, Peril in Paperback, A Cookbook Conspiracy, The Book Stops Here, Ripped from the Pages, Books of a Feather, Once Upon a Spine, Buried in Books, The Book Supremacy and The Grim Reader. She also wrote a Bibliophile e-novella, Pages of Sin, available in e-format only.

With the publication of A High-End Finish in November 2014, Kate launched the Fixer-Upper Mysteries featuring building contractor Shannon Hammer, who specializes in Victorian home renovation and repair. The series is set in Lighthouse Cove, a seemingly idyllic town with many dark secrets hiding under its floorboards. This Old Homicide, Crowned and Moldering, Deck the Hallways, Eaves of Destruction, A Wrench in the Works and Shot Through the Hearth continue the series. Three of the Fixer-Upper Mysteries have been brought to the small screen by Hallmark Movies & Mysteries. 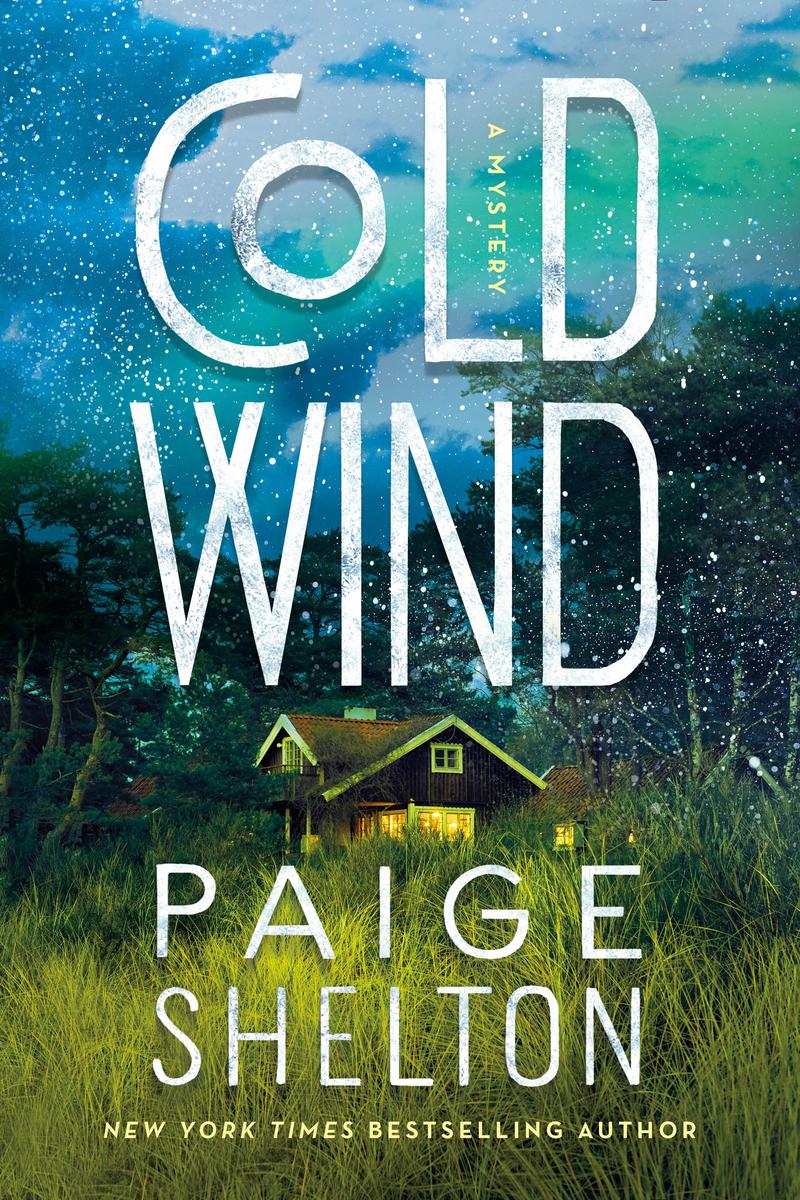 Beth Rivers is still in Alaska. The unidentified man who kidnapped her in her home of St. Louis hasn’t been found yet, so she’s not ready to go back.

But as October comes to a close, Benedict is feeling more and more like her new home. Beth has been working on herself: She’s managed to get back to writing, and she’s enjoying these beautiful months between summer and winter in Alaska.

Then, everything in Benedict changes after a mudslide exposes a world that had been hidden for years. Two mud-covered, silent girls appear, and a secret trapper’s house is found in the woods. The biggest surprise, though, is a dead and frozen woman’s body in the trapper’s shed. No one knows who she is, but the man who runs the mercantile, Randy, seems to be in the middle of all the mysteries.

Unable to escape her journalistic roots, Beth is determined to answer the questions that keep arising: Are the mysterious girls and the frozen body connected? Can Randy possibly be involved? And—most importantly—can she solve this mystery before the cold wind sweeping over the town and the townspeople descends for good?

Paige Shelton had a nomadic childhood as her father’s job as a football coach took the family to seven different towns before she was even twelve years old. After college at Drake University in Des Moines, Iowa, she moved to Salt Lake City where she thought she’d only stay a few years, but she fell in love with the mountains and a great guy who became her husband. After a couple of decades in Utah, she and her family recently moved to Arizona. She writes the Scottish Bookshop Mystery series, which begins with The Cracked Spine. Cold Wind is her latest book. 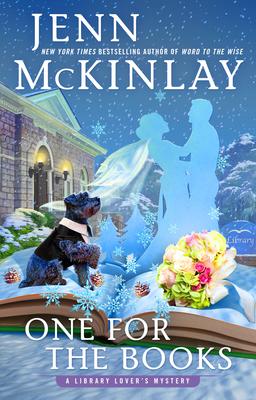 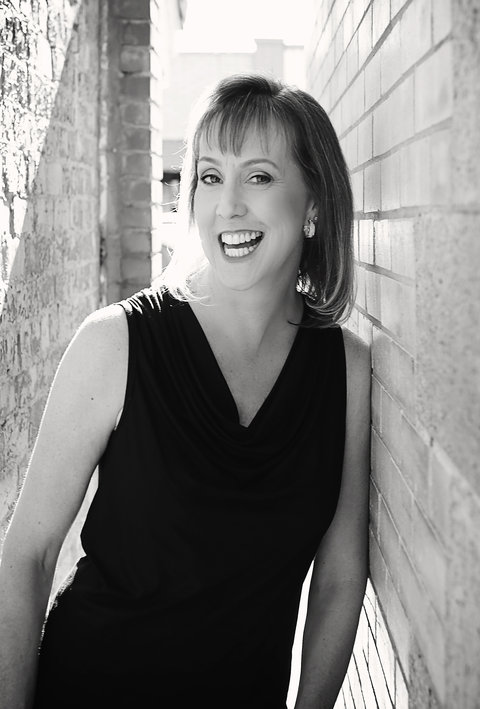 Jenn McKinlay. One for the Books (Berkley, $26.00 Signed). Wedding bells are ringing in the latest page-turning Library Lover’s Mystery from the New York Times bestselling author of Word to the Wise.

Love is in the air in Briar Creek as library director Lindsey Norris and boat captain Mike (Sully) Sullivan are finally tying the knot. The entire town is excited for the happy day, and Lindsey and Sully’s plan for a small wedding evaporates as more and more people insist upon attending the event of the year.

When Lindsey and her crafternoon pals head out to Bell Island to see if it can accommodate the ever-expanding guest list, they are horrified to discover a body washed up on the rocky shore. Even worse, Lindsey recognizes the man as the justice of the peace who was supposed to officiate her wedding ceremony. When it becomes clear he was murdered, Lindsey can’t help but wonder if it had to do with the wedding. Now she has to book it to solve the mystery before it ends her happily ever after before it’s even begun….

Jenn McKinlay is the New York Times, USA Today, and Publisher’s Weekly bestselling author of several mystery and romance series. She is also the winner of the RT Reviewer’s Choice Award for romantic comedy and the Fresh Fiction award for best cozy mystery. Her work has been translated into multiple languages in countries all over the world. A TEDx speaker, she is always happy to talk books, writing, reading, and the creative process to anyone who cares to listen. She lives in sunny Arizona in a house that is overrun with kids, pets, and her husband’s guitars.