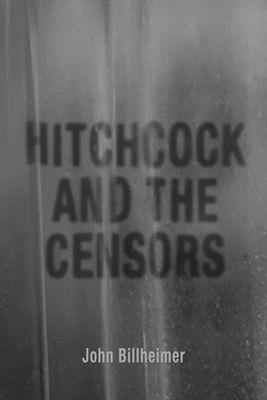 John Billheimer signs his Edgar-nominated nonfiction study, Hitchcock and the Censors (University Press of Kentucky, $45.00). Throughout his career, Alfred Hitchcock had to deal with a wide variety of censors attuned to the slightest suggestion of sexual innuendo, undue violence, toilet humor, religious disrespect, and all forms of indecency, real or imagined. From 1934 to 1968, the Motion Picture Production Code Office controlled the content and final cut on all films made and distributed in the United States. Code officials protected sensitive ears from standard four-letter words, as well as a few five-letter words like tramp and six-letter words like cripes. They also scrubbed “excessively lustful” kissing from the screen and ensured that no criminal went unpunished.

During their review of Hitchcock’s films, the censors demanded an average of 22.5 changes, ranging from the mundane to the mind-boggling, on each of his American films. Code reviewers dictated the ending of Rebecca (1940), absolved Cary Grant of guilt in Suspicion (1941), edited Cole Porter’s lyrics in Stage Fright (1950), decided which shades should be drawn in Rear Window (1954), and shortened the shower scene in Psycho (1960).

In Hitchcock and the Censors, author John Billheimer traces the forces that led to the Production Code and describes Hitchcock’s interactions with code officials on a film-by-film basis as he fought to protect his creations, bargaining with code reviewers and sidestepping censorship to produce a lifetime of memorable films. Despite the often-arbitrary decisions of the code board, Hitchcock still managed to push the boundaries of sex and violence permitted in films by charming―and occasionally tricking―the censors and by swapping off bits of dialogue, plot points, and individual shots (some of which had been deliberately inserted as trading chips) to protect cherished scenes and images. By examining Hitchcock’s priorities in dealing with the censors, this work highlights the director’s theories of suspense as well as his magician-like touch when negotiating with code officials. 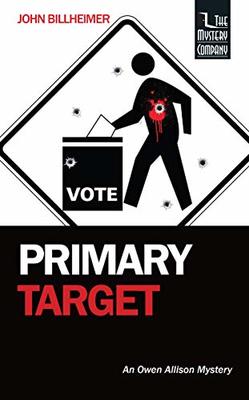 Ten years after California Governor Red Davison engineered the collapse of Owen Allison’s consulting firm, Owen crosses paths with the Davison family again in Billheimer’s Primary Target (Mystery Co, $28.00). A win in the West Virginia primary is all Red’s son Jason needs to capture his party’s presidential nomination. Reporter Tom O’Day believes that votes are for sale. Sheriff Thad Reader enlists Owen’s help to keep his county clean, but Owen is sidetracked when one of the partners in his failed firm commits suicide and old records are stolen. As the Davison campaign is rocked by the disappearance of an aide, a bomb explodes in Owen’s home office. Is the bomber trying to destroy records of the past, or is Owen the primary target?

“All politics is local, and the greatest mysteries are of the human heart—two truths that come together to build an infinitely appealing world around consultant Owen Allison. Billheimer’s dry humor and rock-solid characters bring a quiet corner of America into the center of everything. More, please!”