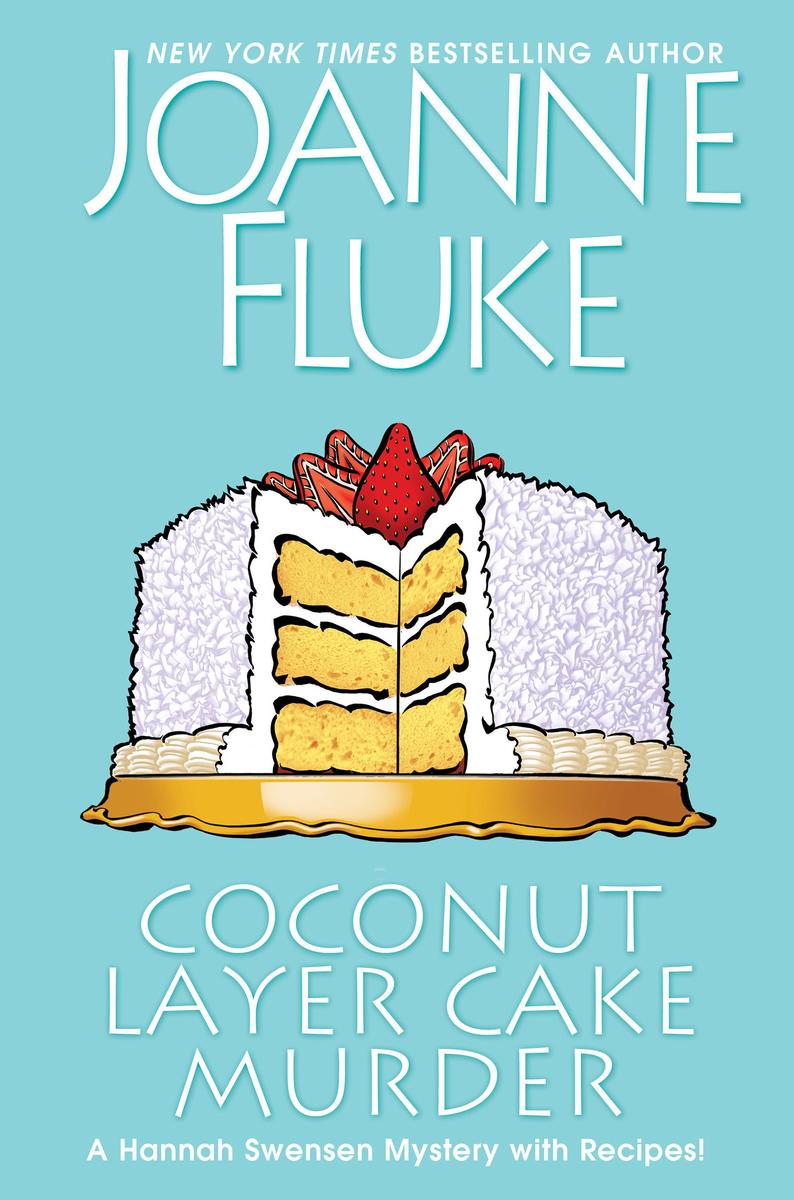 When Hannah learns that her sister Michelle’s boyfriend, Detective Lonnie Murphy, is the prime suspect in a murder case, she goes straight from a movie studio sound stage to the Los Angeles airport.

Back in frigid Minnesota, she discovers that proving Lonnie’s innocence will be harder than figuring out what went wrong with a recipe. Lonnie remembers only parts of the night he went out to a local bar and ended up driving a very impaired woman home. He knows he helped her to her bedroom, but he doesn’t recall anything else until he woke up on her couch the following morning. When he went to the bedroom to check on her, he was shocked to discover she was dead.

Hannah doesn’t know what to believe—only that exonerating a suspect who can’t remember is almost impossible, especially since Lonnie’s brother, Detective Rick Murphy, and Lonnie’s partner, Chief Detective Mike Kingston, have been taken off the case. Before everything comes crashing down on Lonnie like a heaping slice of coconut layer cake, it’ll be up to Hannah to rack up enough clues to toast a flaky killer . . .