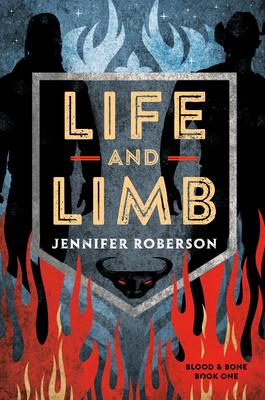 Jennifer Roberson.  Life and Limb (Daw, $26.00).  A biker and a cowboy must stop the apocalypse in the first book of the Blood and Bone modern western fantasy series.

“The greatest trick the devil ever pulled was convincing the world he didn’t exist.“ —Baudelaire

He is, after all, the master of lies.
But is it lies when a man comes calling and says the End of Days is nearing?  That you must do everything within your power to stop it? Even when you have no powers. You are, after all, just a human.

Or do you have no powers? Are you just a human? And what the hell are you supposed to do about preventing hell-on-earth when you’re fresh out of prison, a biker ex-con who can’t even vote?

But the man who bears the message, the mission, is not a stranger shouting on a street corner while hoisting a sign promising death and damnation. He is someone you’ve known since boyhood, someone you trust implicitly. Someone who has never, ever lied to you. He’s Grandaddy.

But who is he really? And who are you? Are you truly a weapon meant to be wielded against the devil’s return? Against the End Times. The End of Days. Apocalypse and Armageddon.

Demons, Grandaddy says, are now loosed upon the earth in the first spasms of a most unholy war. Demons inhabit and make real the beasts and characters of fiction, folklore, fairytales. Gods and goddesses walk the earth. The minotaur. Murderers. A horseman without his head. Myth becomes reality. Legends—and lies—are truths.