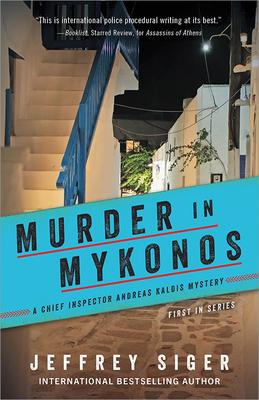 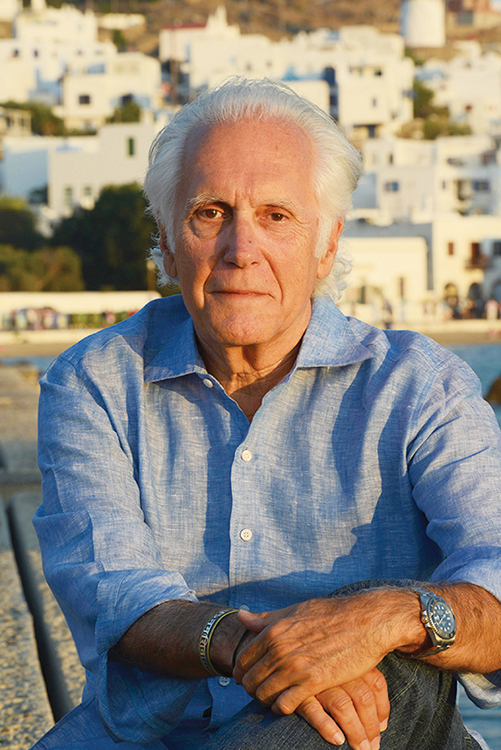 Politically incorrect detective Andreas Kaldis, promoted out of Athens to serve as police chief for Mykonos, is certain his homicide investigation days are over. Murders don’t happen in tourist heaven. At least that’s what he’s thinking as he stares at the remains of a young woman, ritually bound and buried on a pile of human bones inside a remote mountain church.

Teamed with the nearly-retired local homicide chief, Andreas tries to find the killer before the media can destroy the island’s fabled reputation with a barrage of world-wide attention on a mystery that’s haunted Mykonos undetected for decades.

When another young woman disappears, political niceties no longer matter. With the investigation now a rescue operation, Andreas races against a killer intent on claiming a new victim…

Jeffrey Siger was born and raised in Pittsburgh, Pennsylvania, practiced law at a major Wall Street law firm, and later established his own New York City law firm where he continued as one of its name partners until giving it all up to write full-time among the people, life, and politics of his beloved Mykonos. The Mykonos Mob is the tenth novel in his internationally best-selling and award nominated Chief Inspector Andreas Kaldis series, following up on An Aegean April, Santorini Caesars, Devil in Delphi, Sons of Sparta, Mykonos After Midnight, Target: Tinos, Prey on Patmos, Assassins of Athens, and Murder in Mykonos.

The New York Times described Jeffrey Siger’s novels as “thoughtful police procedurals set in picturesque but not untroubled Greek locales,” and named him as Greece’s thriller writer of record. The Greek Press called his work “prophetic,” Eurocrime described him as a “very gifted American author…on a par with other American authors such as Joseph Wambaugh or Ed McBain,” and the City of San Francisco awarded him its Certificate of Honor citing that his “acclaimed books have not only explored modern Greek society and its ancient roots but have inspired political change in Greece.” He now lives in Greece. 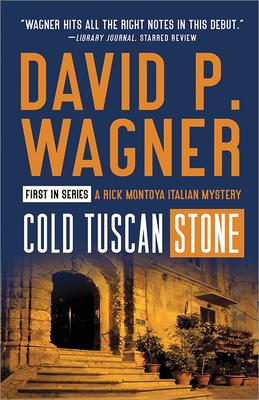 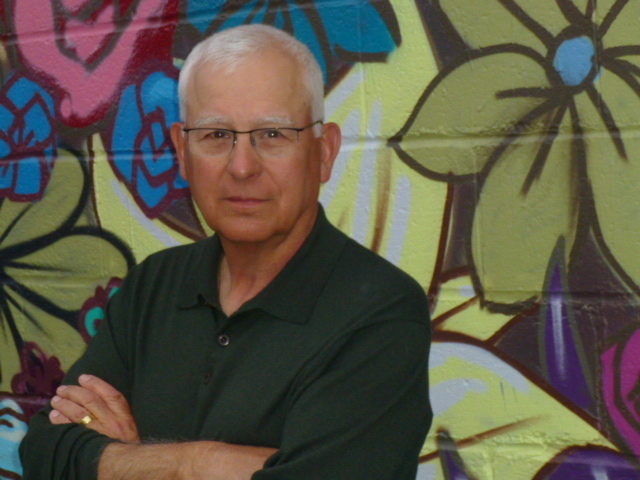 David Wagner. Cold Tuscan Stone (Poisoned Pen Press/Sourcebooks, $12.99 Unsigned). When Rick Montoya moves to Rome to work as a translator, he doesn’t expect to get involved in an investigation. But as the situation spirals, he soon finds himself fighting for his life

Rick Montoya has moved from New Mexico to Rome, embracing the life of a translator. He’s settling in to la dolce vita when a school friend who is now senior in the Italian Art Squad recruits Rick for an unofficial undercover role. Armed with a list of galleries, suspects, and an expense account, Rick would arrive in Tuscany posing as a buyer for a gallery and spend his days looking at Roman artifacts and sipping wine to flush out burial urn traffickers.

But before sunset on Rick’s first day in Volterra, a gallery employee dies in a brutal fall from a high cliff.

The local Commissario and his team consider Rick an amateur, and worse, a foreigner. And now they suspect him in the dead man’s murder. While the Volterra squad pursues its leads, Rick continues to interview his list: a museum director, a top gallery owner, a low-profile import/export businessman and his enterprising color-coordinated assistant, and a sensuous heiress with a private art specialty and clientele.

Has Rick’s role made him the target of both cops and criminals?

David P. Wagner is a retired foreign service officer who spent nine years in Italy, learning to love things Italian. Other diplomatic assignments included Brazil, Ecuador, and Uruguay, as well as two hardship postings to Washington, D.C. He and his wife, Mary, live in Pueblo, Colorado.