Join us as we discuss Leigh Brackett’s Stranger At Home (Stark House, $9.99) 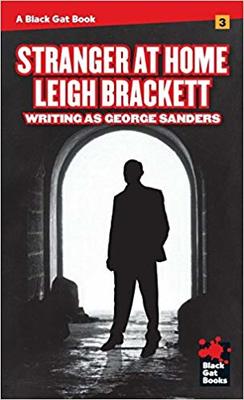 The beach house party is in full swing, and the alcohol is flowing freely. Suddenly, a dead man appears. Michael Vickers had disappeared during a Mexican fishing trip with his three best friends four years ago, and no one has seen him since. But this evening, he is looking very much alive. Which is more than can be said of Harry Bryce. Harry’s floating in the ocean shallows with a hole in his head, and the verdict is murder. Could Job Crandall have clubbed Harry down on the beach? Or Bill Saul? They were all there that night, all of Vicker’s old pals. Or could it have been Vicker’s wife, Angie, whom Harry was in love with? Or housekeeper/secretary Joan Merrill, trying to protect Angie’s interests? Or did Vickers return from the grave to exact revenge on the friend who left him for dead? Detective-Lieutenant Joe Trehearne has got a lot of suspects, but only one of them had motive enough to kill.
Share this...