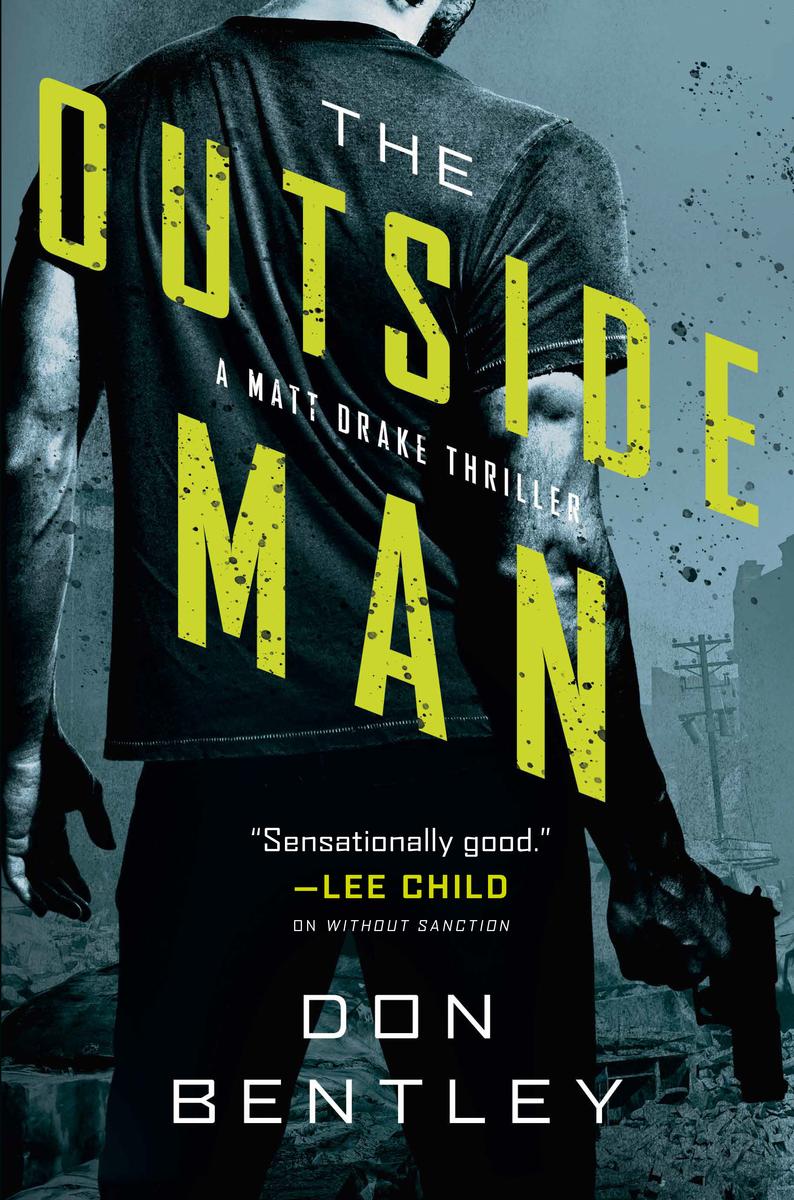 Don Bentley. The Outside Man (Putnam, $27.00 signed). The fight for freedom has sent Matt Drake to some of the world’s most dangerous spots. This time the war is coming to his front door.

Broad daylight on an Austin, Texas, street and DIA operative Matt Drake is fighting for his life against a highly trained team of assassins. Who are they? Why do they want him dead? How will he protect those closest to him?

The answers will take him into some of the most dangerous spots in the Middle East and will put him in the clutches of an old foe known simply as the Devil. It’s a world of double crosses, with no boundaries between the guilty and the innocent. It will take all of Drake’s wiles to get out alive.

Don Bentley spent a decade as an Army Apache helicopter pilot during which time he was stationed in South Korea, Germany, and Texas.  While deployed to Afghanistan as a Troop Commander in support of Operation Enduring Freedom VI, Don was awarded the Bronze Star Medal and the Air Medal with “V” device for valor.  Following his time in the military Don worked as an FBI Special Agent and was a member of the Dallas Office Special Weapons and Tactics (SWAT) team.  Since leaving the FBI, Don has worked for a number of companies that develop technology for the U.S. Special Operations Community.  He holds a B.S. in Electrical and Computer Engineering from the Ohio State University, and an M.F.A in Writing Popular Fiction from Seton Hill University.

Don is the author of the Matt Drake thriller series including WITHOUT SANCTION, THE OUTSIDE MAN, and two forth coming titles, as well as TARGET ACQUIRED, a Tom Clancy Jack Ryan, Jr. novel.

Jack Carr led special operations teams as a Team Leader, Platoon Commander, Troop Commander and Task Unit Commander. Over his 20 years in Naval Special Warfare he transitioned from an enlisted SEAL sniper, to a junior officer leading assault and sniper teams in Iraq and Afghanistan, to a platoon commander practicing counterinsurgency in the southern Philippines, to commanding a Special Operations Task Unit in the most Iranian influenced section of southern Iraq throughout the tumultuous drawdown of U.S. Forces.

Applying the experience and emotions from real-world combat to the pages of The Terminal List, True Believer and Savage Son, Jack Carr brings unprecedented levels of authenticity to the political thriller, taking readers on a behind the scenes journey into the mind of a modern-day special operations soldier, dispensing an ancient form of justice in today’s modern geopolitical landscape. Carr’s next novel, The Devil’s Hand, will be released in April!  We are expecting preorders now!