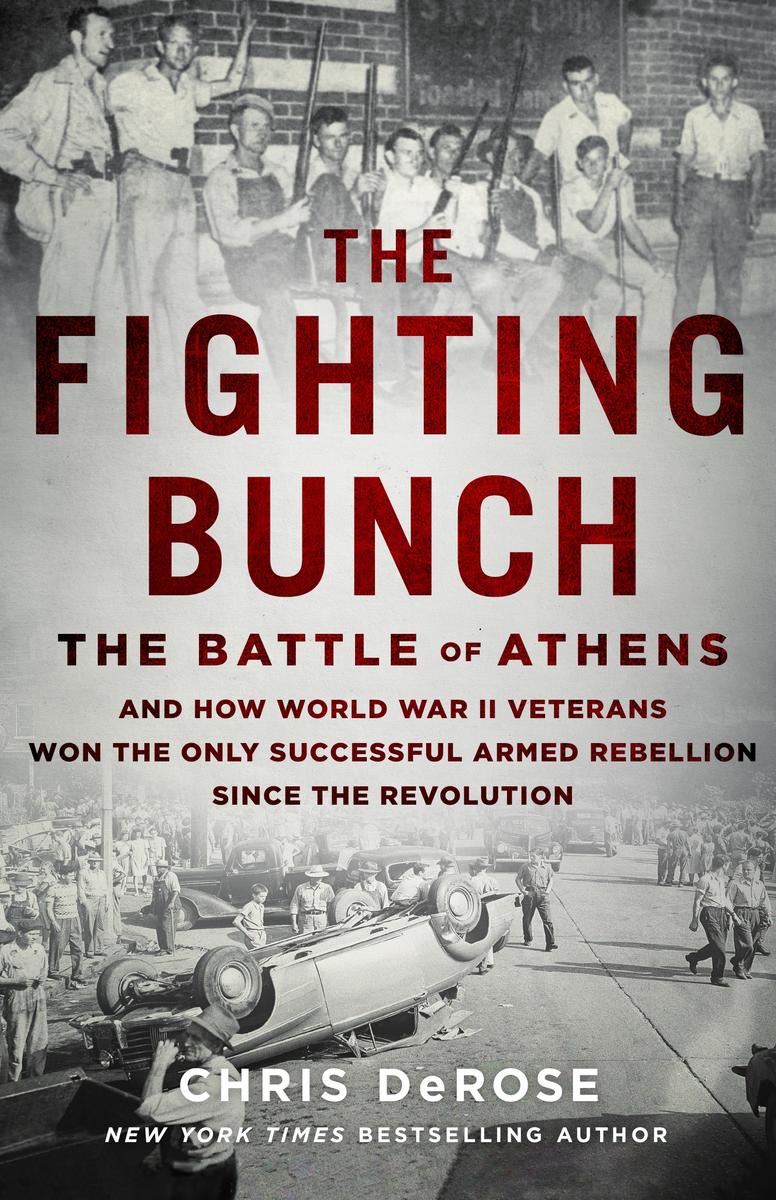 Chris DeRose. The Fighting Bunch (St Martins Press, $28.99 Signed). In The Fighting Bunch: The Battle of Athens and How World War II Veterans Won the Only Successful Armed Rebellion Since the Revolution, New York Times bestselling author Chris DeRose reveals the true, never-before-told story of the men who brought their overseas combat experience to wage war against a corrupt political machine in their hometown.

Bill White and the young men of McMinn County answered their nation’s call after Pearl Harbor.  They won the freedom of the world and returned to find that they had lost it at home.

A corrupt political machine was in charge, protected by violent deputies, funded by racketeering, and kept in place by stolen elections – the worst allegations of voter fraud ever reported to the Department of Justice, according to the U.S. Attorney General.

To restore free government, McMinn’s veterans formed the nonpartisan GI ticket to oppose the machine at the next election.

On Election Day, August 1, 1946, the GIs and their supporters found themselves outgunned, assaulted, arrested, and intimidated.  Deputies seized ballot boxes and brought them back to the jail.  White and a group of GIs – “The Fighting Bunch” –  men who fought and survived Guadalcanal, the Bulge, and Normandy, armed themselves and demanded a fair count.  When they were refused the most basic rights they had fought for, the men, all of whom believed they had seen the end of war, returned to the battlefield and risked their lives one last time.

For the past seven decades, the participants of the “Battle of Ballots and Bullets” and their families kept silent about that conflict. Now in The Fighting Bunch, after years of research, including exclusive interviews with the remaining witnesses, archival radio broadcast and interview tapes, scrapbooks, letters, and diaries, Chris DeRose has reconstructed one of the great untold stories in American history.