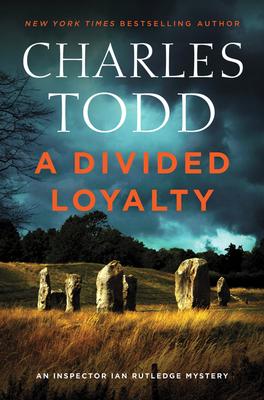 Charles Todd. A Divided Loyalty (William Morrow, $27.99).  Scotland Yard detective Ian Rutledge is assigned one of the most baffling investigations of his career—a cold murder case with an unidentified victim and a cold trail with few clues to follow.

Chief Inspector Brian Leslie, a respected colleague of Ian Rutledge’s, is sent to Avebury, a village set inside a great prehistoric stone circle not far from Stonehenge.

A young woman has been murdered next to a mysterious, hooded, figure-like stone, but no one recognizes her—or admits to it.  And how did she get there? Despite a thorough investigation, it appears that her killer has simply vanished.

Rutledge, returning from the conclusion of a case involving another apparently unknown woman, is asked to take a second look at Leslie’s inquiry, to see if he can identify this victim. But Rutledge is convinced Chief Superintendent Jameson only hopes to tarnish his earlier success once he also fails.

Where to begin? He too finds very little to go on in Avebury, slowly widening his search beyond the village—only to discover that unlikely—possibly even unreliable—clues are pointing him toward an impossible solution, one that will draw the wrath of the Yard down on him, and very likely see him dismissed if he pursues it. But what about the victim—what does he owe this tragic woman? Where must his loyalty lie?

Charles and Caroline Todd are a mother-and-son writing team who live on the east coast of the United States. They are the New York Times Best Selling authors of the Inspector Ian Rutledge mysteries and the Bess Crawford mysteries. They have published over thirty titles including two stand-alone novels, an anthology of short stories and over twenty short stories appearing in mystery magazines’ and anthologies worldwide. Their works have received the Mary Higgins Clark, Agatha, Macavity and Barry awards along with nominations for the Anthony, Edgar, Agatha, and Susan Dunlop Memorial awards. Caroline has a BA in English Literature and History, and a Masters in International Relations. Charles has a BA in Communication Studies with an emphasis on Business Management, and a culinary arts degree that means he can boil more than water.

Charles and Caroline have the rich storytelling heritage of the south. Both spent many evenings on the porch listening to their father and grandfather reminisce. A maternal grandmother told marvelous ghost stories. This tradition allows them to write with passion about events before their own time. And two uncles/great-uncles who served as in WWI aroused an early interest in the Great War. 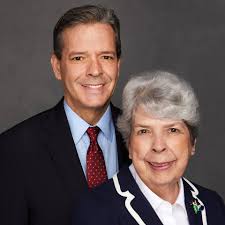