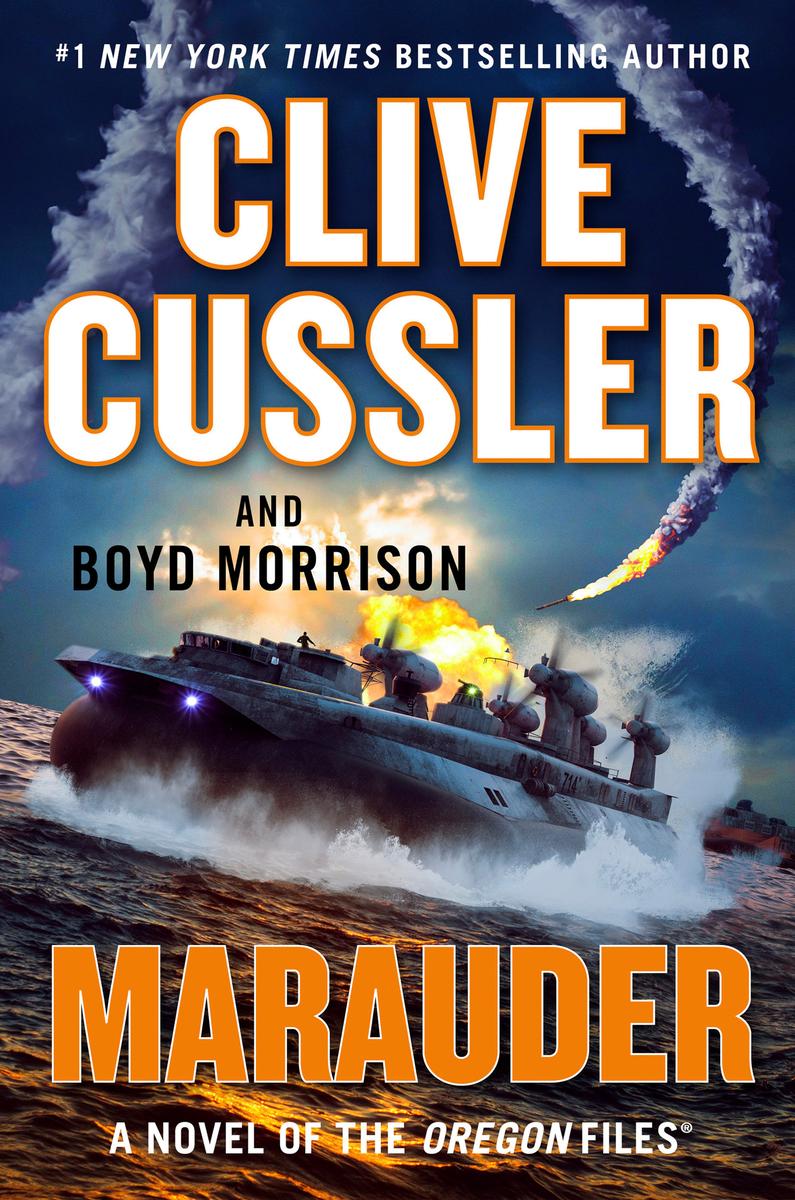 Boyd Morrison. Marauder (Putnam, $29.00 Signed). It is up to Juan Cabrillo and the crew of his ship, the Oregon, to stop a terrorist plot to release a deadly chemical weapon across the globe in the explosive new novel in Clive Cussler’s #1 New York Times bestselling series.

While interrupting an attack on a Kuwaiti oil tanker, Juan Cabrillo and his team discover something even more dangerous: a ruthless billionaire’s dying wish has allowed a paralyzing chemical to end up in the hands of a terrorist group. When an Oregon crew member falls victim to the poison, Juan Cabrillo will stop at nothing to find an antidote before it is too late. He and his team must connect an ancient mystery with a cunning modern enemy in order to save millions of innocent lives, including their own.

Boyd Morrison is the coauthor, with Clive Cussler, of the Oregon Files novels Typhoon Fury, Piranha and The Emperor’s Revenge, and the author of six other books. He is also an actor and engineer, with a doctorate in engineering from Virginia Tech, who has worked on NASA’s space station project at Johnson Space Center and developed several patents at Thomson/RCA. In 2003, he fulfilled a lifelong dream by becoming a Jeopardy! champion. He lives in Seattle.

Don Bentley spent a decade as an Army Apache helicopter pilot, and while deployed in Afghanistan was awarded the Bronze Star Medal and the Air Medal with “V” device for valor. Following his time in the military, Don worked as an FBI special agent focusing on foreign intelligence and counterintelligence and was a Special Weapons and Tactics (SWAT) team member.  Bentley is the author of Without Sanction (Putnam, $27.00) and The Outside Man (April 2021).