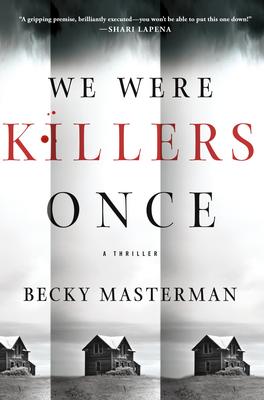 “Former FBI agent Brigid Quinn, with her trademark toughness, raw humor, and human frailty, is back and better than ever in Masterman’s latest novel. As Quinn is drawn into an infamous cold case with a possible link to the two killers immortalized by Truman Capote’s In Cold Blood, she finds danger closing in. A gripping premise, brilliantly executed—you won’t be able to put this one down!”—Shari Lapena, New York Times bestselling author of The Couple Next Door

In 1959, a family of four were brutally murdered in Holcomb, Kansas. Perry Smith and Dick Hickok were convicted and executed for the crime, and the murders and their investigation and solution became the subject of Truman Capote’s masterpiece, In Cold Blood. But what if there was a third killer, who remained unknown? What if there was another family, also murdered, who crossed paths with this band of killers, though their murder remains unsolved? And what if Dick Hickok left a written confession, explaining everything?

Retired FBI agent Brigid Quinn and her husband Carlo, a former priest and university professor, are trying to enjoy each other in this new stage in their lives. But a memento from Carlo’s days as a prison chaplain–a handwritten document hidden away undetected in a box of Carlo’s old things–has become a target for a man on the run from his past. Jerry Beaufort has just been released from prison after decades behind bars, and though he’d like to get on with living the rest of his life, he knows that somewhere there is a written record of the time he spent with two killers in 1959. Following the path of this letter will bring Jerry into contact with the last person he’ll see as a threat: Brigid Quinn.