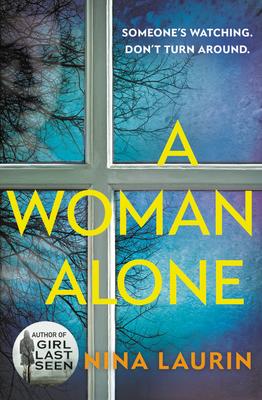 Nina Laurin. A Woman Alone (Grand Central, $14.99). A house with the darkest of secrets.
A woman who is the only one who knows.

It’s another bright, sunny day in Venture, Illinois, the sort of place where dreams come true and families can get a fresh start. Cecelia Holmes deserves it after the home invasion that shattered her previous life. Now everything seems perfect – her high-security SmartHome, her doting husband, her sweet daughter.

Until she begins to feel spied on. Her husband doesn’t believe her. Her neighbors ignore her. So when she discovers a shocking secret about the prior occupant of their house, she feels that she has no one to turn to. And now Cecelia must face her fears alone… 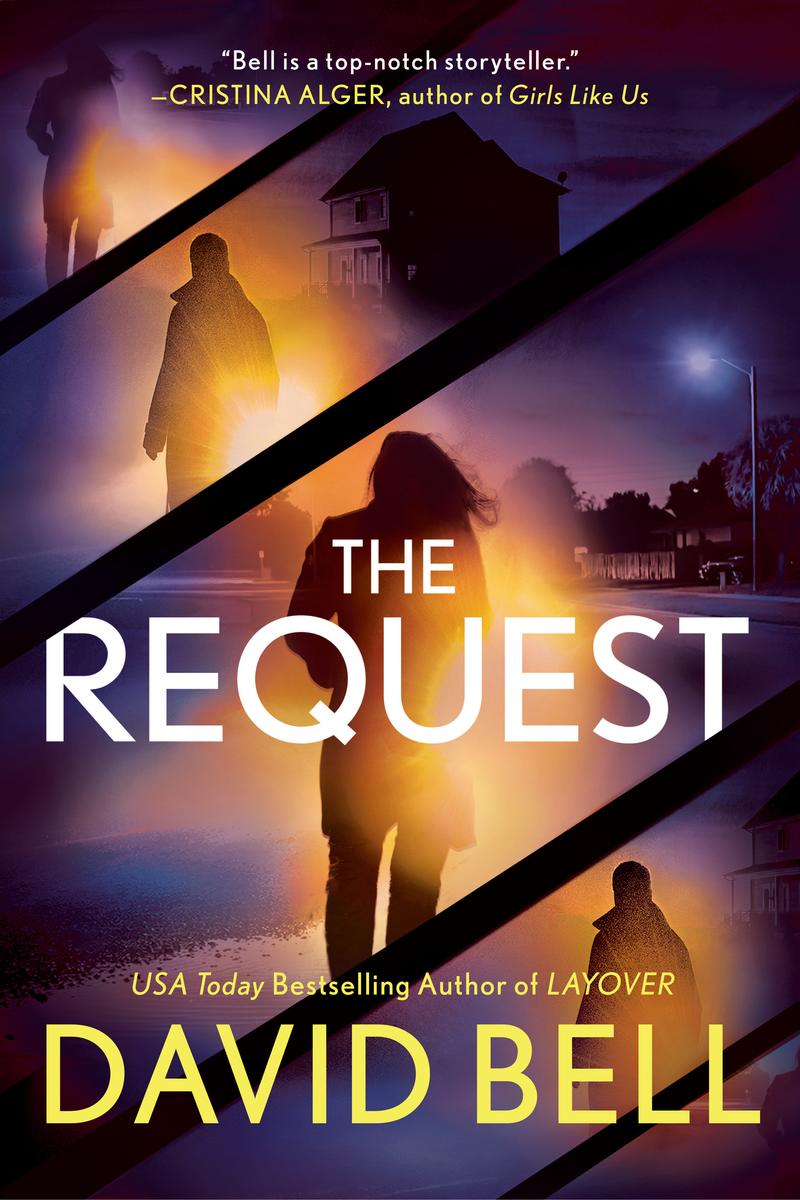 David Bell. The Request (Berkley, $16.00). When a man agrees to do a favor for a friend, he gets more than he bargained for as he becomes embroiled in a woman’s murder in this new thriller from the USA Today bestselling author of Layover.

Ryan Francis has it all—great job, wonderful wife, beautiful child—and he loves posting photos of his perfect life on social media. Until the night his friend Blake asks him to break into a woman’s home to retrieve incriminating items that implicate Blake in an affair. Ryan refuses to help, but when Blake threatens to reveal Ryan’s darkest secret—which could jeopardize everything in Ryan’s life—Ryan has no choice but to honor Blake’s request.

When he arrives at the woman’s home, Ryan is shocked to find her dead—and just as shocked to realize he knows her. Then his phone chimes, revealing a Facebook friend request from the woman. With police sirens rapidly approaching, Ryan flees, wondering why his friend was setting him up for murder.

Determined to keep his life intact and to clear his name, Ryan must find the real murderer—but solving the crime may lead him closer to home than he ever could have imagined. 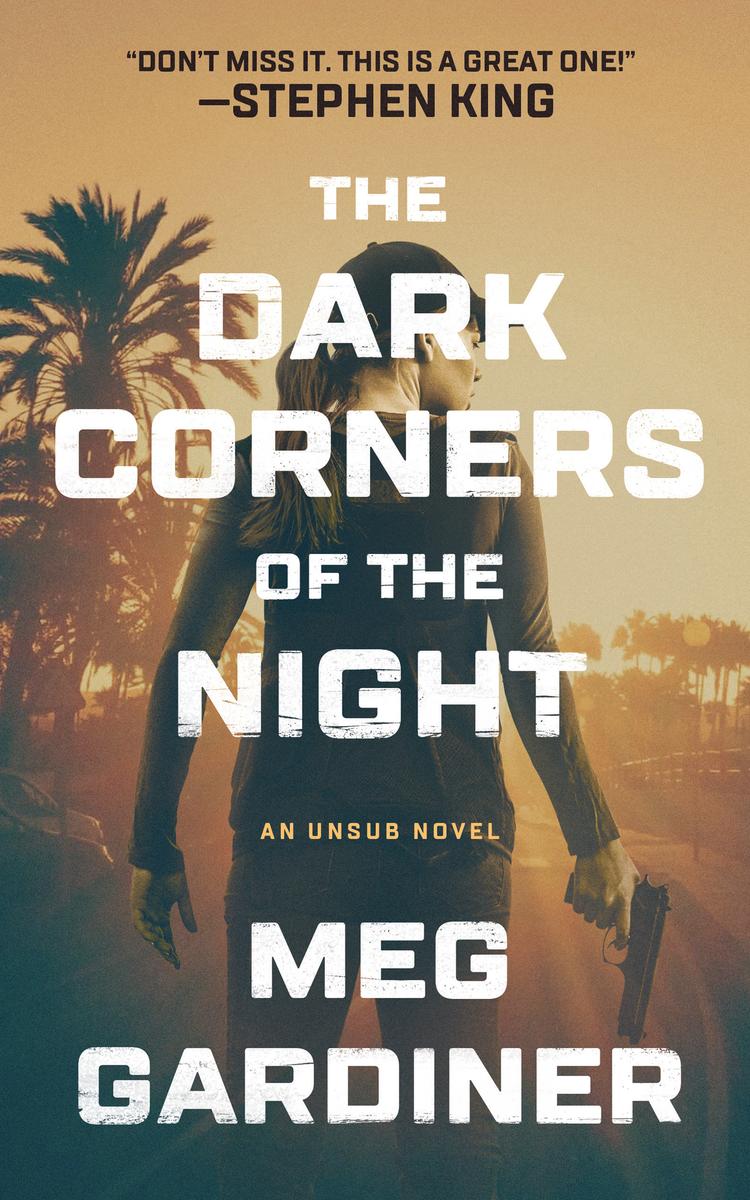 He appears in the darkness like a ghost, made of shadows and fear—the Midnight Man. He comes for the parents but leaves the children alive, tiny witnesses to unspeakable horror. The bedroom communities of Los Angeles are gripped with dread, and the attacks are escalating.

Still reeling from her best friend’s close call in a bombing six months ago, FBI behavioral analyst Caitlin Hendrix has come to Los Angeles to assist in the Midnight Man investigation and do what she does best—hunt a serial killer. Her work is what keeps her going, but something about this UNSUB—unknown subject—doesn’t sit right. She soon realizes that this case will test not only her skills but also her dedication, for within the heart of a killer lives a secret that mirrors Caitlin’s own past. Hesitancy is not an option, but will she be able to do what must be done if the time comes?

Tense and impactful, Edgar Award winner Meg Gardiner’s latest UNSUB thriller will leave you on the edge of your seat until its riveting conclusion. 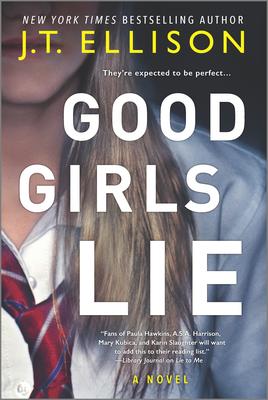 J.T. Ellison. Good Girls Lie (Mira, $16.99). J.T. Ellison’s pulse-pounding new psychological thriller examines the tenuous bonds of friendship, the power of lies and the desperate lengths people will go to in order to protect their secrets.

Perched atop a hill in the tiny town of Marchburg, Virginia, The Goode School is a prestigious prep school known as a Silent Ivy. The boarding school of choice for daughters of the rich and influential, it accepts only the best and the brightest. Its elite status, long-held traditions and honor code are ideal for preparing exceptional young women for brilliant futures at Ivy League universities and beyond.

But a stranger has come to Goode, and this ivy has turned poisonous.

In a world where appearances are everything, as long as students pretend to follow the rules, no one questions the cruelties of the secret societies or the dubious behavior of the privileged young women who expect to get away with murder.

When a popular student is found dead, the truth cannot be ignored. Rumors suggest she was struggling with a secret that drove her to suicide.

But look closely…because there are truths and there are lies, and then there is everything that really happened. 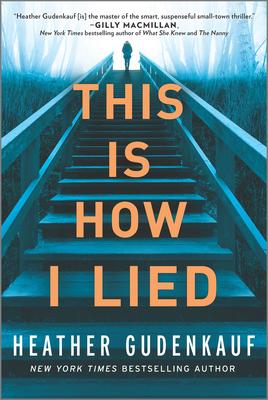 Heather Gudenkauf. This is How I Lived (Park Row, $17.99).  Everyone has a secret they’ll do anything to hide…

Twenty-five years ago, the body of sixteen-year-old Eve Knox was found in the caves near her home in small-town Grotto, Iowa—discovered by her best friend, Maggie, and her sister, Nola. There were a handful of suspects, including her boyfriend, Nick, but without sufficient evidence the case ultimately went cold.

For decades Maggie was haunted by Eve’s death and that horrible night. Now a detective in Grotto, and seven months pregnant, she is thrust back into the past when a new piece of evidence surfaces and the case is reopened. As Maggie investigates and reexamines the clues, secrets about what really happened begin to emerge. But someone in town knows more than they’re letting on, and they’ll stop at nothing to keep the truth buried deep.